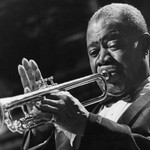 The Karnofskys nurtured his career and loaned him money to buy a cornet. Morris Karnofsky, the son of the family and Armstrong’s childhood friend, helped shape the scene when he opened the first jazz record store in New Orleans, Morris Music.

The tailor shop and residence is listed on the National Register of Historic Places, and was identified for a major restoration in 2019, though plans were never followed through.

Armstrong was born in New Orleans in 1901 and is considered one of the most influential figures in jazz. Across his career, he collected three Grammy Awards and, in 2017, was posthumously inducted into the Rhythm & Blues Hall of Fame. He’s best-remembered for the 1967 ballad “What a Wonderful World,” and “Hello, Dolly!,” which hit No. 1 on the Billboard Hot 100 chart in 1964.

Following the weekend’s weather event, the store is ruined, described by CNN as a crumpled metal, brick and wood.