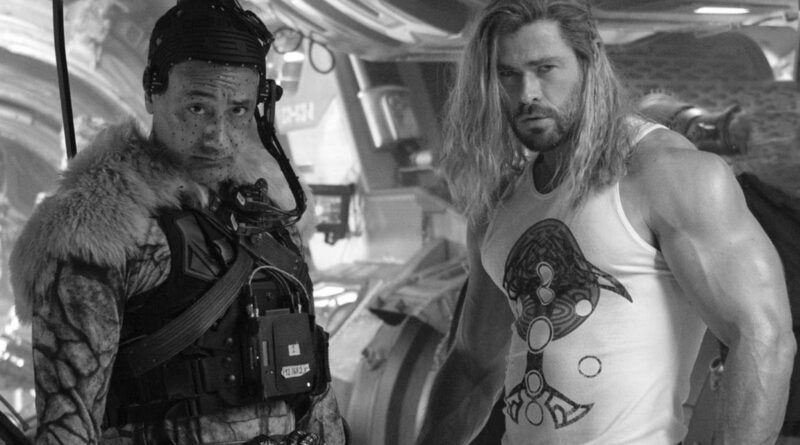 The hype for Thor: Love & Thunder has been real pretty much from the moment they announced that Natalie Portman would come back to play Jane Foster as the Mighty Thor. Even with getting delayed a couple of times, the eventual sequel to 2017’s Thor: Ragnarok was going to be a hit at the box office, thanks to the MCU’s neverending fandom and an additional boost of Taika Waititi increasing his star power in the years between films thanks to playing both Hitler and a gay pirate. So now that’s it here, Love & Thunder has done exactly what you’d expect and made a pretty big opening swing at the box office.

In the states, Chris Hemsworth’s fourth solo story as Marvel’s thunder god has opened to $143 million at time of writing, having the biggest start of all the other Thor movies, particularly Ragnarok’s $123M open. Right now, it’s also got the third-biggest domestic opening of the year behind Jurassic World Dominion and Doctor Strange 2. And its international open of $159M has led to a $302M global opening in total. Right now, Love & Thunder’s sitting pretty, but a fairly mixed reception from fans and critics alike show that the film isn’t quite as worthy as it originally thought it was prior to release. A not quite stellar reaction hasn’t stopped Thor in the past—in fast, it’s exactly what led to Ragnarok in the first place—so it’ll be interesting to see how far this film goes now that it’s being perceived as a lesser follow-up.

Coming in second are the Minions; after last week’s Rise of Gru had a sizable opening, the Despicable Me prequel has now earned $399.9 million, basically hitting the $400M benchmark. It’s earned $45.5M between Friday and Sunday in the US, bringing its domestic total to $210M. That’s about a 60% drop off from opening weekend, but nothing to scoff at all the same, while getting an additional boost of $56.4M in international markets.

For those looking for more movie variety this month, next weekend offers up two big-budget book adaptations: Delia Owens’ best-selling novel Where the Crawdads Sing hits theaters next week, as does the movie adaptation of Mark Greaney’s spy thriller The Gray Man, which is getting a limited theatrical run before hitting Netflix on July 22. The last stretch of July will have some decent contenders in the form of Jordan Peele’s sci-fi horror comedy Nope and WB Animation’s DC League of Super Pets. The two Thors will surely do fine in the long run, but the month of July is really going to make them work for it.