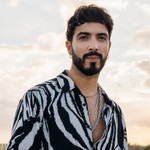 It’s his first No. 1 on any Billboard chart.

Luis Figueroa is officially a Billboard chart-topping artist, as his single “Hasta El Sol de Hoy” rises 2-1 on the latest Tropical airplay chart (dated July 31), marking his first No. 1 on any ranking.

The track reaches the summit with 3.9 million radio airplay audience impressions (up 13%) in the U.S. in the week ending July 25, according to MRC Data. The song is his first charting single at the format, and holds at its No. 8 peak on Latin Pop Airplay.