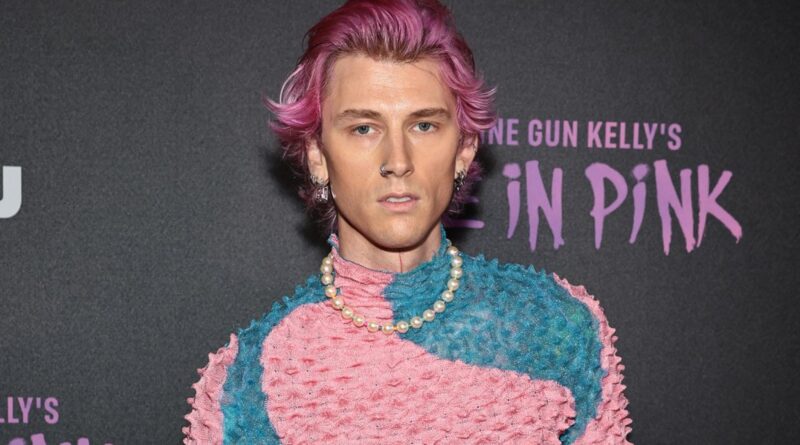 After his sold-out Madison Square Garden concert, MGK performed “My Ex’s Best Friend” with blood running down his face.

Machine Gun Kelly sold out Madison Square Garden on Tuesday night and had quite the, well, bloody time celebrating at the afterparty.

In a video shared to the pink-haired artist’s Instagram, he’s seen giving a speech to a crowded room before suddenly saying, “Bro, I don’t give a sh–” and shattering an empty champagne glass directly on his face. “And this is when things turned…” he captioned the disturbing clip, while in the next Story he performs his hit single “My Ex’s Best Friend” with blood running down his face, singing, “You know my ex, so that makes it all feel complicated, yeah/ I read those texts that you sent to yours/ But I’ll never say it, yeah” as people in the crowd try to hand him towels to stop the bleeding.

Elsewhere during the party, Kelly hit the stage with Avril Lavigne to run through their new collaboration “Bois Lie” from the latter’s album Love Sux, which they also performed for the sold-out crowd at MSG earlier in the evening. During the show, the erstwhile rapper invited Travis Barker‘s son Landon Barker to the stage to duet on “Die in California” while the Blink-182 drummer was hospitalized back on the West Coast.

The following day, the Mainstream Sellout singer also posted a series of pictures showing off the self-inflicted wound with the caption, “NYC you’re my bloody valentine” in reference to his Tickets to My Downfall-era single. Meanwhile, his new behind-the-scenes documentary Life in Pink is now streaming on Hulu.