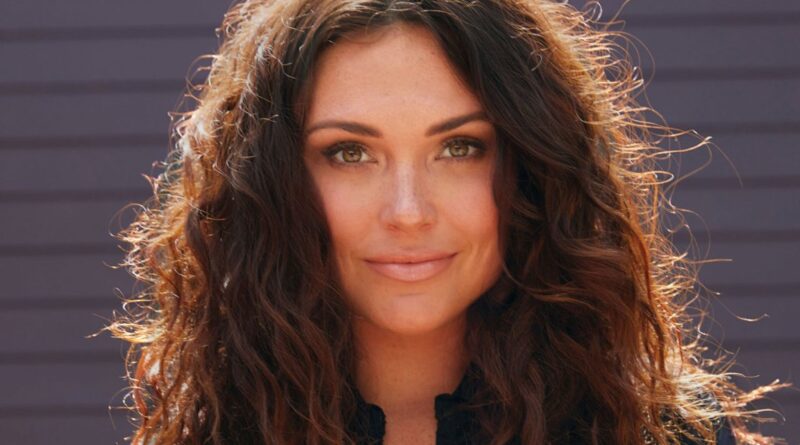 “Quit lying to yourself.”

The set-up line to the hook in Kylie Morgan’s first radio single, “If He Wanted to He Would,” is a lesson in itself. It’s a colloquialism that hits at one of the keys to a successful emotional life – people who are the most objective in their self-evaluations are better equipped to deal with surprises, and generally easier to be around. They’re also the most likely to make real progress in therapy, which Morgan has discovered in counselors’ offices and in Music Row rooms.

“Songwriting has always been my therapy,” she says. “It’s also cheaper therapy. It definitely is one of those things that has gotten me through sorting my emotions in a way that has been really healthy.”

Emotions were difficult for many Americans when COVID-19 forced them to isolate in 2020, but one constructive way to address the time was to explore new hobbies and habits. Morgan did that by taking a chance on a platform that had previously made her skeptical: TikTok.

“What else were we doing?” she says. “I thought it was just a bunch of girls in bikinis – like, ‘I’m not going to be on this app’ – and then my manager was like, ‘Just trust me. Just post songs you want to post.’ And so I started posting the songs that I thought were kind of too personal for me.”

Morgan soon found that the most revealing material got the biggest response. She also began discovering other young artists and songwriters she found intriguing, including singer/songwriter Zandi Holup. Morgan sent a direct message, asking if Holup would be interested in co-writing, and they met up at Holup’s house around March 2021.

One of the ideas Holup brought to the appointment also had TikTok roots. Numerous women had posted short examples of guys letting them down with the simple phrase “If he wanted to he would.” It seemed like a strong song title with empowering possibilities, and Morgan agreed.

“I think people love to make excuses for why somebody is the way that they are,” Holup says. “They want to see the best in them, and sometimes it’s to a fault. I just kind of felt like this needed to be said, because there’s so many songs that are about the other side of heartbreaks. It’s super damsel-in-distress, and painful and miserable.”

Knowing the hook they were writing to, they started with the opening line, offering specific actions – Facebook likes and late-night phone calls, for example – that can be misread as romantic signals when they may simply be moves of convenience or loneliness.

“’If He Wanted to He Would’ was truly a very brutal, honest song,” Morgan notes. “I needed to hear this at 16, and I feel like a lot of girls and women do, but no one else knows how to say it to them. And so I’m like, ‘I just did all the work for you, and hopefully this will jog your brain.’”

The chorus continued the list, though it introduced a new sentence structure, beginning each of the first three lines with similar phrases – “If he loved you…,” “If he missed you…” and “If he wants you…” – on the way to the key “quit lying to yourself” advice.

“That’s a part of maturing,” Holup offers. “It’s growth, once you’ve really gotten to that point of self-worth, where you’re ready to just tell yourself the truth and not sugarcoat.”

Verse two became even more direct, warning listeners that they can’t change other people, even sliding in a therapy reference: “Don’t psychoanalyze him/Make it more than what it is.” An additional bridge put it in street terms: “He might have set the bar low/But keep your standards high.”

The whole exercise took about an hour, though they weren’t convinced it was done. It was darker musically than they intended, but too good to let go. When Morgan had breakfast at a later date with songwriter/producer Ben Johnson (“Give Heaven Some Hell,” “Best Thing Since Backroads”), she suggested he take a look at it.

So in August, they held a second writing session. To avoid influencing him, they showed him the lyrics without any music, and he found the key, linking the first and third lines of the chorus to a hill of a melody. It was fashioned in part on Weezer’s Grammy-nominated “All My Favorite Songs,” which Johnson co-wrote (“I was kind of stealing from another song of mine,” he says), with the sound approximating the circular nature of the words.

“The lyric is kind of like a girl who’s overthinking and spinning around in her head,” Johnson says. “You’re like, ‘Hey, stop going in circles. You’re overthinking this. Don’t try to make a guy better than he is or make a situation something that it’s not.’”

Paired with a pulsing, descending bass line – one that echoes the driving simplicity of Tom Petty and The Traveling Wilburys – the chorus transformed into a more anthemic refrain. The verses received conversational phrasing, and they tweaked a few lyrics, too, with one section of the chorus getting an inadvertent Eric Church reference.

Johnson’s demo emphasized that pulsing tone, with Morgan and compatibly-voiced Holup trading verses. Johnson also oversaw the master recording in tandem with co-producer Shane McAnally (Old Dominion, Carly Pearce), holding the tracking session at Sound Stage. They used the demo to set the tempo and the feel with real musicians playing on top of the programmed previous version, which was ultimately muted.

Drummer Evan Hutchings and bassist Tony Lucido handled the Petty-like foundation, with Danny Rader and Sol Philcox-Littlefield on guitars and David Dorn adding keyboards. Philcox-Littlefield rejiggered the opening riff, infusing a clean tone with little or no pedal effects. Johnson dropped steel guitar on it at a later date, handling the instrument on a recording for the first time, and he overdubbed background vocals along with his sister/Track45 bandmate, Jenna Johnson.

“I was very much all about grounding the lyric, making [the production] not seem too flashy,” he says. “I tried to be pretty intentional of not distracting from the story.”

EMI Nashville released “If He Wanted To He Would” to AM/FM radio on July 1, bringing an uplifting message to anyone who needs it, which is pretty much everyone.

“Music is a language that everyone speaks,” Morgan says. “It doesn’t matter what the language is physically, you can feel certain things musically. I want my music to relate to the three-year-old and the 93-year-old because I want them to feel something.”