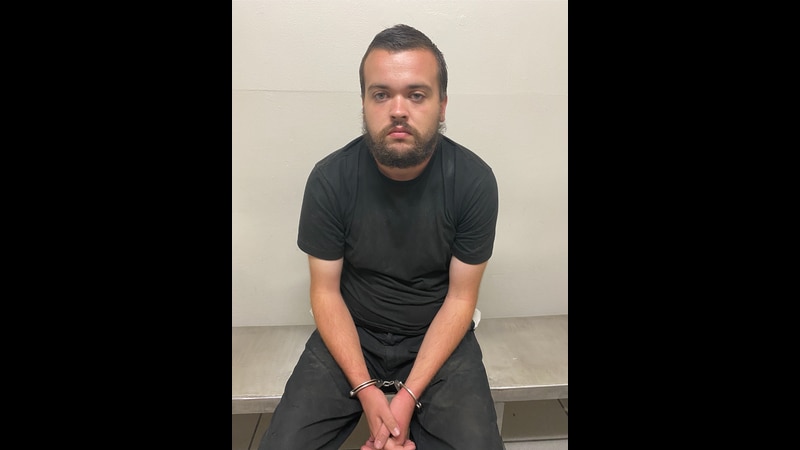 LUTZ — A South Carolina man was arrested early Sunday for attempting to kidnap a Lutz homeowner he had never met but stalked on social media for years, the Hillsborough County Sheriff’s Office said.

Investigators did not identify the victim, but the home where the suspect was arrested is owned by Daria Berenato, 26, who performs for WWE under the name Sonya Deville and stars in the E! cable channel reality TV series Total Divas.

Phillip A. Thomas II, 24, began planning the abduction eight months ago, according to the Sheriff’s Office.

Thomas parked his car around midnight at Idlewild Church off Dale Mabry Highway and Van Dyke Road in Lutz and walked to a home on Pine Hammock Boulevard in the Promenade at Lake Park subdivision, the Sheriff’s Office said in a news release.

Thomas cut a hole in the patio screen and remained on the patio three to four hours while watching and listening through the windows. At 2:43 a.m., after the homeowner had gone to bed, Thomas entered the home through a sliding glass door, activating the alarm.

The homeowner looked out a window, spotted Thomas on the property and fled with a guest in a car. The homeowner called 911.

Thomas was still in the house when deputies arrived. He was carrying a knife, plastic zip ties, duct tape, mace and other items and told deputies he was planning to take the homeowner hostage.

Thomas, listed on a jail booking sheet as an Applebee’s crew member, has been charged with aggravated stalking, armed burglary of a dwelling, attempted armed kidnapping, and criminal mischief. He was being held without bail.

“Our deputies are unveiling the suspect’s disturbing obsession with this homeowner who he had never met, but stalked on social media for years,” Sheriff Chad Chronister said in the news release. “It’s frightening to think of all the ways this incident could have played out had the home alarm not gone off and alerted the homeowner of an intruder.”

Anyone with information about the case was asked to call the Hillsborough County Sheriff’s Office at (813) 247-8200.

On Twitter, an account in Thomas’s name, @Phillip80400010, contains mainly messages about Sonya Deville’s latest activities, including retweets from her account Saturday about upcoming WWE events.

He defended Deville to online critics and wrote her encouraging messages on Twitter. On July 30, he responded to one of Deville’s tweets about her appearance at the GLAAD media awards, a nonprofit founded by LGBTQ people in the media. “I’m so proud of you Daria you’re a inspiration to me,” his tweet said.

But on Aug. 8, the writer appeared distressed when he reached out to a psychiatrist who had tweeted, “#BreakingNews: U R Perfect!”

“But what if others think I’m not and I have no self confidence or self worth?” he responded.

“I’m asking for your advice because I need a second opinion on something that could determine what happens next in my life.”