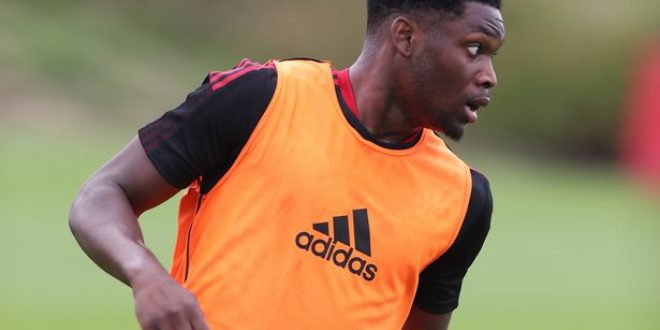 Manchester United have ‘verbal agreement’ with Wayne Rooney over youngster

Mengi spent the latter half of last season on-loan with The Rams, making nine appearances in the Championship during a turbulent time for the club.

Derby came inches away from relegation into League One, but managed to survive the drop on the final day of the season thanks to a 3-3 draw with Sheffield Wednesday.

Despite poor team results, the 19-year-old loanee caught Wayne Rooney’ s eye and the former Manchester United star is reportedly keen to bring him back to the club for the season ahead.

According to The Athletic, Derby and United have verbally agreed on a deal for Mengi, but the club have to get their financial situation in order before a deal can go over the line.

Derby had been cleared of breaching Financial Fair play rules in May, but an independent league arbitration panel said the decision was wrong and the club breached standards on player amortisation.

The club were fined £100,000 by the EFL and could still be relegated from the Championship. With finances in such a dire condition, Derby are forced to recruit players on the cheap and through loan deals.

Rooney is without any senior centre-backs for next season and is understandably determined to bring Mengi to the club.

The teenager is highly rated by United staff at Carrington. He has captained the club’s U18 and U23 sides and was handed a long-term deal by the club back in March of this year, tying him down until 2024.

We want your views, Reds. You can become even more involved with our Man United coverage by signing up. This will unlock a whole host of things – including joining the comments and taking part in our special Q&As, where you can speak directly to our reporters about what’s happening at Old Trafford this week and beyond.

Mengi has made just one appearance for the United’s first team to date, making a six-minute cameo against LASK in the Uefa Europa League in 2020.

With the likes of Harry Maguire, Victor Lindelof, Eric Bailly and Axel Tuanzebe ahead of him the pecking order at United and the purported arrival of Raphael Varane from real Madrid, chances of first team football would be slim if Mengi were to stay at Old Trafford.

Do you think loaning Teden Mengi to Manchester United is the best decision for his future? Leave your thoughts in the comment section below.