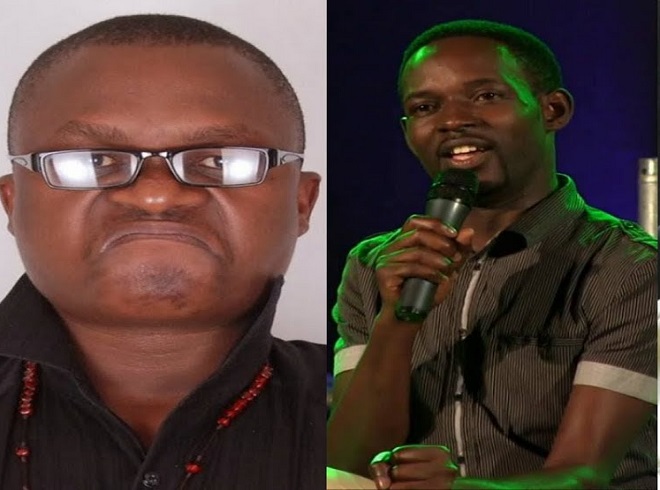 The beef between comedian Kapale, and his student Mc Mariach has finally taken a new twist after Kapale came out spilling shocking details about Mariachi.

While speaking to press about Mariach, Mc Kapale said he was not invited to the vent and that it was the reason he didn’t attend. “An introduction is not like a burial with automatic invitation” he said. Mariachi had his wedding last thursday in Kamuli where he was escorted by a whole host of performers like Madrat and Chiko, Rema Namakula and Alex Muhangi who was the next man.

He added that Mariach was just forced into marriage by the lady’s family since he made her pregnant. He attributed this to the fact that the lady was not happy at the introduction ceremony.

Kapale says he pulled Mariach out of the poverty ditch but he has never been grateful. He further wen t ahead to reveal that all the wealth that Mariach has was out of the ill-speaking he made about Kapale to their boss.

Mariachi has not yet come up to respond to this as he is still up and down with his events.