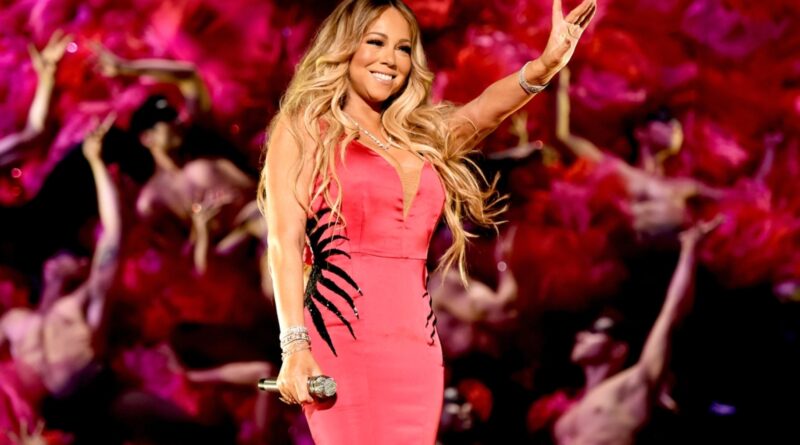 ‘Reliving the splendor of the Honey video with surprise guests!’ the icon wrote.

Mariah Carey is celebrating the 25th anniversary of Butterly with some help from Millie Bobby Brown.

The iconic singer took to social media on Saturday (Sept. 17) to share a hilarious recreation of the opening scene from her 1997 music video for hit song “Honey.” In the 30-second clip, MC plays the same Spanish-speaking damsel in distress as the Stranger Things actress takes on the role of her tough-as-nails kidnapper.

“Reliving the splendor of the Honey video with surprise guests!” Carey captioned the comical skit on Instagram, tagging Brown and adding the hashtag #butterfly25.

Later in the clip, the songstress’ children, 11-year-old twins Monroe and Moroccan, show up to recite comedian Eddie Griffin’s comical “go eat a buffet” line from the video’s intro.

This isn’t Carey and Brown’s first time hanging out. Mimi shared a photo of the two stars hanging out in August 2020. “A surprise visit by Enola Holmes a.k.a. princess Millie!” Carey wrote alongside the snapshot, referencing the actress’ role as the title character in the mystery film Enola Holmes.

“Honey,” the lead single from Butterfly, spent three weeks at No. 1 on the Billboard Hot 100 in September 1997.

On Friday, Carey released an extended edit of “Honey” as part of Butterfly‘s 25th anniversary celebration. The nearly eight-minute edit, titled “Honey – Another Taste of Honey David Morales Remix,” is featured as a bonus track on re-release of the classic album.

The remix comes among other re-release bonuses, including 4K remastered versions of “Honey” and “The Roof” music videos, a new “Honey” music video documentary, classic live performances being released through Carey’s YouTube in September, Butterfly on cassette, and Deluxe Butterfly 4LP and 2LP Editions.

Watch Carey and Brown’s recreation of the “Honey” intro on Instagram below.