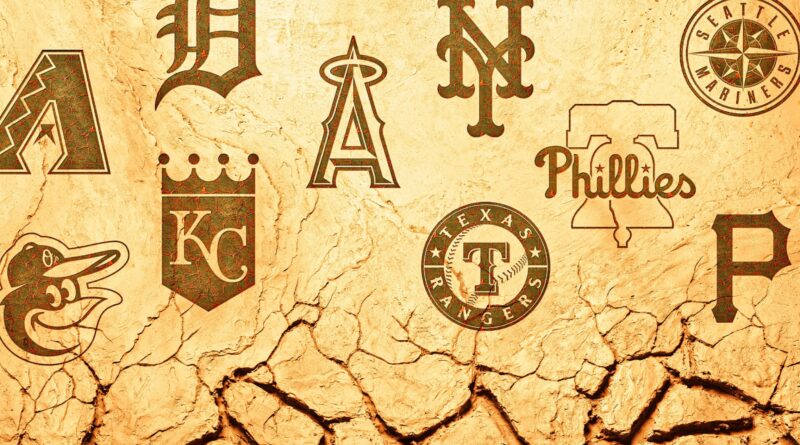 There are a number of MLB teams hoping that this season results in some long-awaited postseason play.

Making the playoffs in professional sports is the first step for fans and franchises to believe they have a shot at ultimate glory. But while some organizations have made a habit of tasting the postseason — think, the Los Angeles Dodgers, who have made the playoffs nine consecutive seasons — others have forgotten what it’s like to play in October.

Here is a breakdown of the 10 franchises with the longest active playoff droughts and their postseason potential, as the heart of the 2022 season approaches (all stats as of Friday, June 10):

2022 outlook: So far this season, the Mariners have hovered around .500 and are doing battle for second place in the AL West alongside the Rangers and Angels. The Astros have so far run away with the division. Outfielder Jesse Winker, an All-Star last season, is off to a slow start. He finished last season batting .305 and is currently just above .200. The most promising news for the Mariners is newcomer Julio Rodriguez, who was voted AL Rookie of the Month in May.

Seattle will have to get hot to make a run at the wild card.

2022 outlook: Glancing at this roster in spring training, the Philadelphia Phillies appeared to be a lock for the postseason — but so far, the struggle has been real. Philly is middle-of-the-pack in the NL East and currently below .500. The franchise fired manager Joe Girardi on June 3. A wild card berth seems to be the angle for the Phillies.

2022 outlook: The Tigers revamped their lineup entering 2022 in hopes of making a playoff run. The team started the season 6-7 and then lost 12 of 14. They have also had two losing streaks of at least six games. Statistically, the offense is among the worst in the American League, and they are currently dwelling near the bottom of the AL Central. The offseason free agent signing of Javier Báez hasn’t paid dividends just yet. They will have to get — and stay — hot to compete for a wild card berth.

2022 outlook: The Los Angeles Angels are currently spiraling. They have lost 14 of their last 15 and fired manager Joe Maddon on June 7. He was in his third season and compiled a 130-148 record with the franchise. The Angels have a star-powered lineup, with MVPs Shohei Ohtani and Mike Trout manning the ship, but they have struggled while dealing with injuries to Anthony Rendon and Taylor Ward. Still, a wild card berth is in reach.

2022 outlook: Expectations were not high for the Pittsburgh Pirates coming into this season. However, they are still middling in third place in the NL Central. Bryan Reynolds and Ke’Bryan Hayes have emerged as a veteran presence toward the top of the lineup. A big offseason pickup was starting pitcher José Quintana, who had double-digit wins for the White Sox in 2016 and was traded to the Cubs in 2017, where he had similar numbers through 2019. A wild card berth seems like a long shot.

2022 outlook: The playoffs don’t appear to be on the radar for the Kansas City Royals, as they are in last place in the AL Central. There was excitement about Zack Greinke returning to where he started, but he’s winless (0-4) with an ERA above 5.00 as of June 9. No pitcher has more than two wins and Brad Keller could surpass his 14-loss season in 2019 with seven losses already this season. The wild card already appears out of reach.

2022 outlook: The Orioles finished 2021 as the worst team in Major League Baseball, meaning 2022 is already an improvement. Adley Rutschman made his highly anticipated debut on June 24 and then there’s Cedric Mullins, Ryan Mountcastle, Trey Mancini, Austin Hays and John Means, all of whom appear to be a part of what Baltimore hopes is a bright future. But the wild card is farfetched this season.

2022 outlook: The Mets’ drought looks like it will end this season, as they sit in first place in the NL East. Their offense is top-5 in just about every major statistical category. Pete Alonso is crushing the ball, Jeff McNeil is batting above .300, and not one starting pitcher has a losing record. The Mets are bound for the playoffs, but can they get past the first round?

2022 outlook: The Texas Rangers made a few high-profile free-agent signings in the offseason — including Corey Seager and Marcus Semien — to improve on their 60-102 record a year ago. Martín Pérez has been the brightest star on the pitching staff. As of Friday, he is 4-2 with an ERA under 2.00 in 11 starts. Texas is middle of the pack in the AL West, meaning a wild-card berth could be where its sights are set.

2022 outlook: There wasn’t much done in the offseason to make the Arizona Diamondbacks a playoff contender in 2022. They signed 37-year-old Mark Melancon to close games and brought back Ian Kennedy. Christian Walker has proven to be a mainstay in the lineup at first base and produces at the plate. Ketel Marte is the only everyday player batting at least .250. Arizona is hovering right below .500. Like many teams on the list, a wild card berth seems like its best bet.