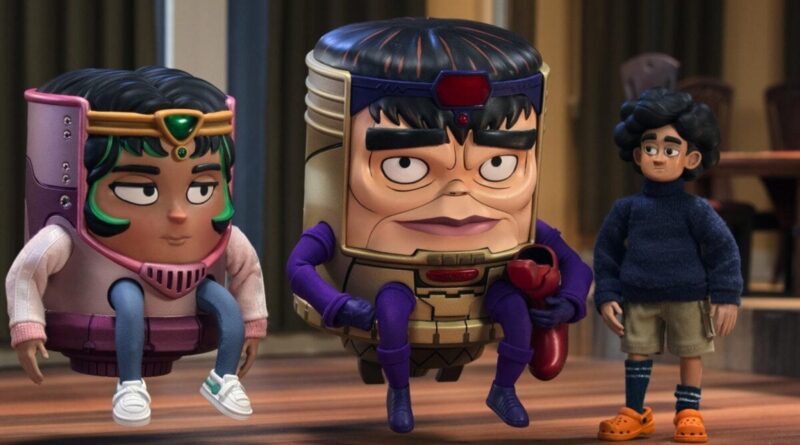 Marvel’s TV enterprise has grown just a little bit smaller, as their animated series MODOK won’t be coming back for a second season. The stop-motion show starred Patton Oswalt as the titular bigheaded Marvel baddie in a comedy series about him trying to balance his somewhat normal life as a suburban family man in the midst of a divorce with that of being a supervillain bent on global domination.

Variety broke the news on Friday; the series premiered on Hulu in May 2021 to solid reviews and featured Aimee Garcia, Ben Schwartz, Melissa Fumero, and Nathan Fillion among its voice cast. Originally, the MODOK show was going to be the character’s attempt at a big break after having previously been a recurring baddie in earlier Marvel cartoons, not to mention that he was at one point going to be the villain in Freeform’s attempt at a New Warriors show. Back in 2019, MODOK was one of four animated Marvel series greenlit by Hulu, with the hopes that the shows would cross over for an animated special dubbed “The Offenders.” But two of the shows, Howard the Duck and Tigra & Dazzler, were canceled before they could air, while MODOK and Hit-Monkey managed to make it to release.

Currently, Hit-Monkey is the last holdout of Hulu’s Marvel shows, but according to Variety, it doesn’t sound like it’s got terribly good odds of securing a sophomore season. When an official confirmation comes, it’ll mark the end of another era of Marvel TV, albeit a time considerably shorter and not as fanciful as the Netflix or ABC series. Pretty soon, the only way to get your Marvel fix from the comfort of your living room will be through your Disney+ account, or rather, your friend’s Disney+ account. The MCU’s got a rotating roster of miniseries, from WandaVision to Moon Knight and Armor Wars, while the old vintage shows like Agents of SHIELD and Daredevil have made their way over to the platform in time. Whether Hulu’s two Marvel shows will stay on their home streamer or jump ship to Disney remains to be seen.