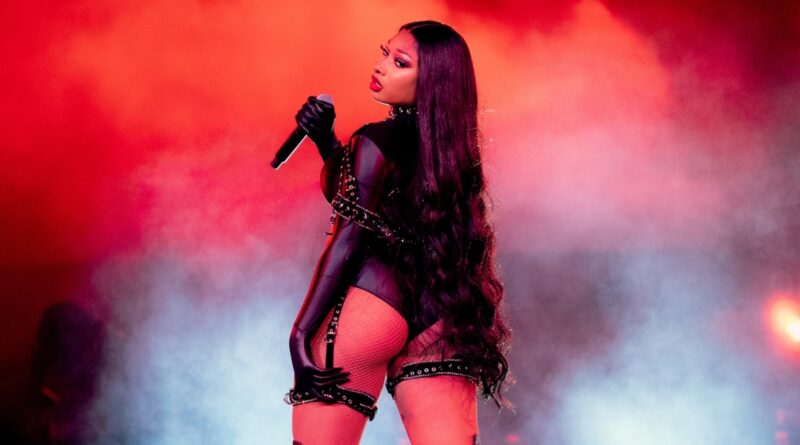 The accusers say they sold CDs of their song in “parking lots of hip-hop clubs in West Detroit” that were frequented by Big Sean.

Two little-known Detroit rappers are suing Megan Thee Stallion and Big Sean over accusations that the hip-hop superstars ripped off a 2012 song called “Krazy” with their 2020 collaboration “Go Crazy.”

In a lawsuit filed Monday in Manhattan federal court, Duawn “Go Hard Major” Payne and Harrell “H Matic” James claim that Megan’s song sounds so much like their earlier track that there’s no way it was created independently.

“An average lay observer would recognize the Infringing Work as having been appropriated from [“Krazy”] because of the striking similarity between the two compositions and the way in which they are performed,” Payne and James wrote.

“Go Crazy,” released on Stallion’s debut 2020 album Good News, didn’t chart as a single, but the album spent 75 weeks on the Billboard 200 and peaked at Number 2 in December 2020. The song featured both Big Sean and 2 Chainz, though the latter was not named in Monday’s filing.

In their complaint, Payne and James claim that various aspects of “Krazy” and “Go Crazy” are “nearly identical,” including the wording of the chorus, melodic and harmonic sequences, and the use of cadence.

Listen to both songs here:

Attorneys for Payne and James made a point to say that their song was also widely distributed, meaning that Stallion (real name Megan Pete) or Big Sean (real name Sean Anderson) had enough “access” to the song that they were able to copy it – a key requirement in any copyright infringement lawsuit.

The song wasn’t released by a label, but Payne and James say they distributed it heavily in Detroit and that it reached the top spot on the local Detroit charts on the platform ReverbNation – a key indicator, since Big Sean started out in the Motor City.

Reps for both Stallion and Big Sean did not immediately respond to requests for comment on Wednesday.

In addition to the two superstars, the lawsuit also named as defendants 300 Entertainment, 1501 Certified Entertainment, and Universal Music Publishing.