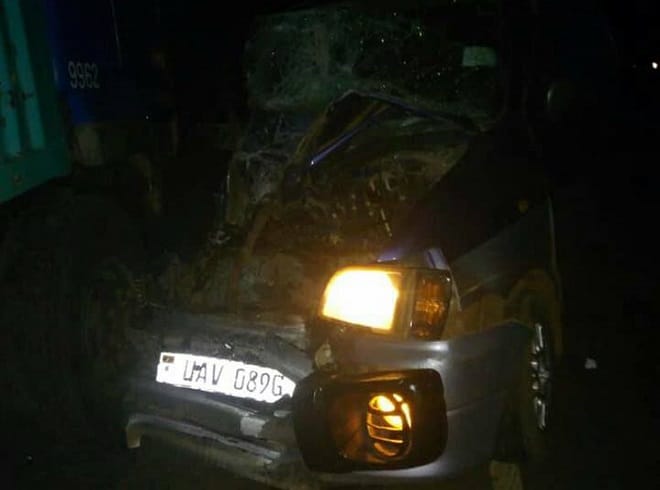 The member of parliament was rushed to Kiryandongo from where he has been transferred to Kampala early this morning.

Police reveals that Hon.Charles’ Noah was driving his Car, registration number; UAV 039G and collided with a FUSO track; UAJ 730U. The doctors revealed that the MP got his leg broken by the accident.He was treated from Kiryandongo hospital and finally referred to Mulago Hospital.

This accident comes days after another accident involving a Gaaga bus, Trailer and a tractor that claimed 23 lives occurred on the same road.

The speaker of parliament Rt.Hon.Rebecca Alitwaala Kadaga few days ago requested the Inspector General Of Police; Martin Okoth Ochola to revive and expand their traffic police operations along along all major roads and highways.