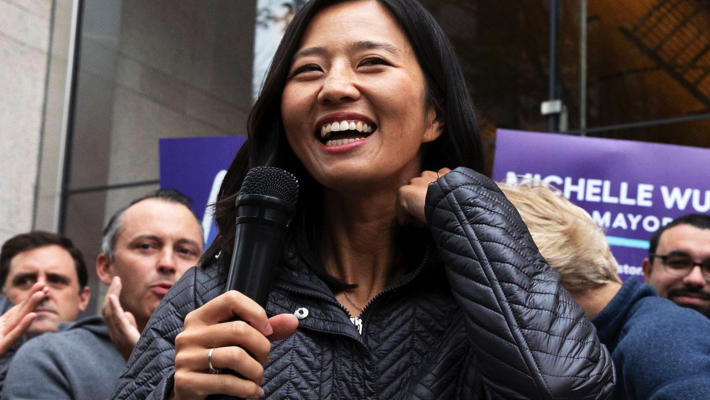 Michelle Wu has been elected as Boston’s first female mayor. Ms Wu is also the first person of colour to serve in this position.

Ms Wu, a daughter of Taiwanese immigrants, is the first woman and woman of colour to be elected to this position, putting an end to Boston’s history of only electing white men for the job.

Ms George congratulated Ms Wu’s historic win on Tuesday night. “She is the first woman, first person of colour, and as an Asian American, the first elected to be mayor of Boston,” she said. “I know this is no small feat.”

Taiwan’s Ministry of Foreign Affairs also tweeted its “heartiest congratulations to @wutrain on winning the #Boston mayoral race. We couldn’t be prouder of the 1st woman & Asian American to hold the city’s top job. More power to her as she keeps breaking those glass ceilings!”

In 2013, Ms Wu was first elected to Boston’s city council as the first Asian-American woman to serve as city councilman. Between 2016 and January 2018, Ms Wu served as the council’s first woman of colour president.