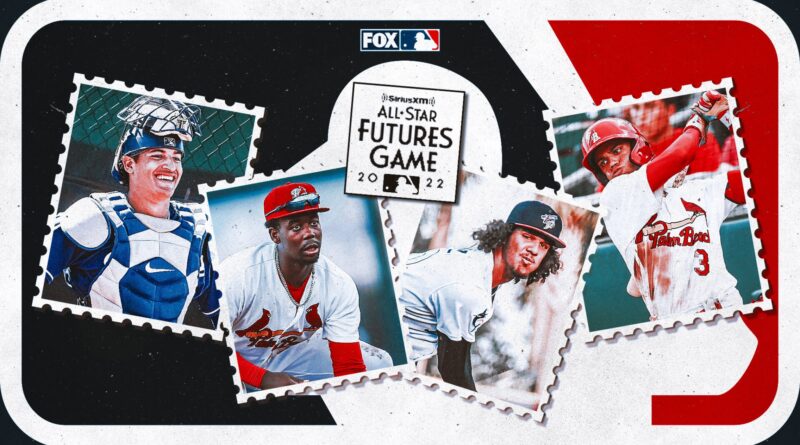 We’re a little more than a week away from one of the coolest events on the baseball calendar: the All-Star Futures Game.

Last year, the Futures Game took place on the same day as the first round of the MLB Draft, held for the first time during All-Star Week. In 2022, MLB decided to give the game its own day, as it will take place at 7 p.m. ET on July 16 at Dodger Stadium, with the draft beginning the following day.

The rosters were announced Thursday, and as is usually the case, an overwhelming amount of young talent will be concentrated on one field in Los Angeles.

There are many fun prospects to choose from, but here are the ones I’m most excited to see:

The 2018 international signing class produced two catchers from Venezuela who appear to be firmly on track for stardom. One was Francisco Álvarez, who received a $2.7M signing bonus from the Mets and has since blossomed into one of the best prospects in baseball.

The other was Cartaya, who at the time of signing was considered a superior prospect by most evaluators, despite receiving a slightly smaller bonus from the Dodgers ($2.5M). The sensational ascension of Álvarez — who will also deservingly be in L.A. for the Futures Game — has somewhat obscured Cartaya’s stellar start to his career. He is still in A-ball but owns a career .286/.392/.529 line in the minors and has done nothing to hurt his stock, despite not moving as quickly as Álvarez.

I’m eager to watch both of these guys swing it in batting practice, but I’m especially looking forward to seeing Cartaya launch balls in what could be his future home ballpark.

Walker and Winn were the Cardinals’ first two picks in the 2020 draft, and they spent much of 2021 as teammates in the low minors. Walker’s breakout occurred last year, when he posted a .936 OPS across both levels, earning him a spot on the Double-A roster for Opening Day 2022. The big third baseman has continued to mash this season and is one of the most intriguing power prospects in baseball.

Winn, meanwhile, struggled offensively in his pro debut a year ago, especially after being promoted to High-A. A two-way player in high school, with some teams believing in him much more as a pitcher, Winn looked like he might be more of a slow burn … or so we thought. He demolished High-A pitching upon returning to the level to start this season and was promoted to Springfield, where he rejoined Walker to form one of the youngest left sides of the infield in Double-A.

I’ll be fascinated to track the development of these two players, considering how crowded the Cardinals’ infield is and projects to be moving forward. There’s no real reason to assume any of Paul Goldschmidt, Nolan Gorman, Tommy Edman or Nolan Arenado is going anywhere else anytime soon.

It’s a good problem to have, of course. I’m curious if Winn or Walker could eventually be the centerpiece of a blockbuster trade or if they force themselves into the big-league picture, regardless of what positions appear to already be solidified.

Rather than finishing his high school season and preparing to be drafted, the Venezuelan outfielder has spent 2022 demolishing the Carolina League with ease while playing strong defense in center field. Chourio received a $1.9M signing bonus from Milwaukee, so he has been well-regarded for a while – but no one could have seen this breakout coming this quickly. This is a special talent and definitely a name to remember.

While Chourio is the only 2004 birthday on the Futures Game rosters, Pérez — a 6-foot-8 right-hander with hellacious stuff and precocious feel to pitch — is one of just two 2003 birthdays, alongside Yankees outfielder Jasson Dominguez.

Pérez was the most statistically dominant pitcher across two levels of A-ball in 2021 and has kept the momentum up this season as a teenager in Double-A, striking out 77 across 56 innings with a 3.21 ERA.

Of all the talented arms we’re going to get a glimpse of in this game, Pérez is easily the one I’m most looking forward to.

I’ll be honest: I saved my favorite for last. One of the best parts of the Futures Game is watching some of the best prospects in the game take batting practice in a big-league park, and there is no one I’m more excited to watch take monster hacks than Noel.

Look at this dude!

Although Noel signed for only $100,000 back in 2017, Cleveland added him to the 40-man roster this past offseason after a breakout 2021 campaign, and now he has started to get more respect in prospect circles. He is currently tied with Cardinals prospect Moisés Gómez for the minor-league home run lead, with 24 dingers, including five in his first eight games since being promoted to Double-A.

The Guardians already have a player of this profile in Franmil Reyes, so we know what it looks like when it’s right. Noel still has a ways to go to establish himself in Cleveland, but he has been a thrill to watch in the minors thus far.

I hope he hits a ball to Elysian Park in the Futures Game!