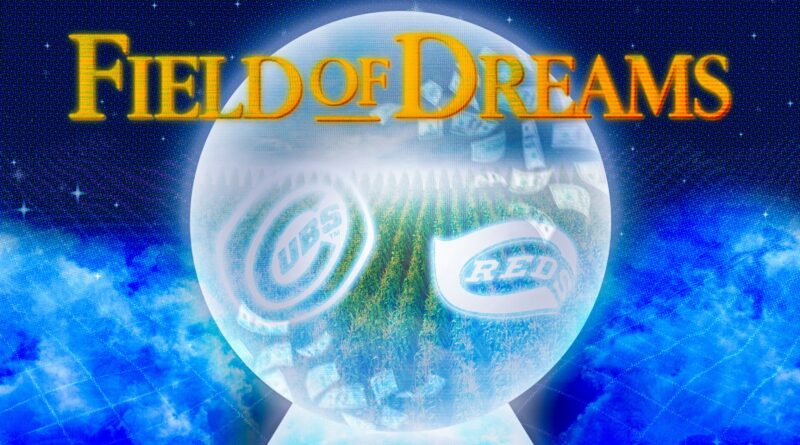 MLB‘s homage to one of the most popular baseball movies will take place Thursday when the Chicago Cubs and Cincinnati Reds play in the MLB at Field of Dreams game in Dyersville, Iowa.

The Cubs-Reds game between National League Central rivals will be shown on FOX and the FOX sports app (7:15 p.m. ET).

Here’s everything you need to know about the Field of Dreams Game — the run line, moneyline and total over/under (odds via FOX Bet)

Lodolo was featured in a recent FOX Sports article on the filthiest pitches in the majors.

In the first rendition of this game, the Chicago White Sox beat the New York Yankees 9-8 on Aug. 12, 2021. The St. Louis Cardinals-White Sox Field of Dreams game in 2020 was postponed due to COVID-19.

“Both teams may be out of the playoff race but expect a close game between these two divisional foes that currently share the exact same record (44-65 heading into Wednesday’s play),” FOX Bet senior trading operations manager Dylan Brossman said.

Here is some Field of Dreams betting nuggets courtesy of FOX Sports Research:

– Each team homered four times in the game, with Aaron Judge of the Yankees going deep twice

– Entering Monday, the Reds have hit the over in 53.3% of their games this season, the 10th best over percentage in the league

– Entering Monday, the Cubs have hit the over in 44.9% of their games this season, the fourth-lowest over percentage in MLB

– The Cubs won four of the first seven games against the Reds this season. The over in the O/U has hit in five of those seven games.

Thursday’s Field of Dreams contest opens a three-game series between the teams. The final two games will be played Friday and Saturday at Great American Ball Park in Cincinnati.

Download the FOX Super 6 app for your chance to win thousands of dollars on the biggest sporting events each and every week! Just make your picks, and you could win the grand prize. Download and play today!