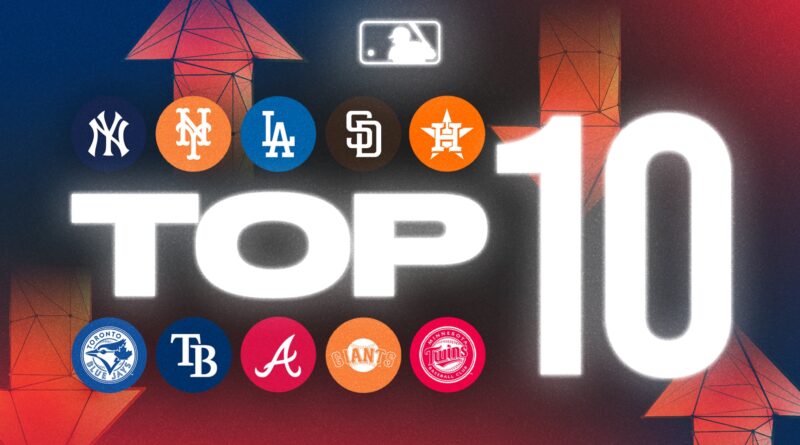 For the first time since 2018, Major League Baseball got a managerial firing before the All-Star break.

And not just once, as both Joe Girardi (Phillies) and Joe Maddon (Angels) lost their jobs the past two weeks.

The Maddon decision, announced Tuesday, certainly came as a surprise, but the Angels were in the midst of the longest losing streak in franchise history. With a team as talented as theirs and an extra-wild card spot, there’d be no excuse to not make the playoffs, and the Angels’ front office probably was feeling that pressure.

After the firing, Anaheim’s losing streak finally came to an end, and the Angels are back to winning ballgames. But they have some work to do before they’ll be back in my top 10.

The Twins haven’t been playing the best baseball of late, but they still lead the AL Central. The combination of Byron Buxton and Carlos Correa has been a blast to watch so far this season, and Minnesota will soon get back its best starting pitcher, Joe Ryan, who has been out for a while due to COVID-19.

With a sweep of the juggernaut Dodgers, the San Francisco Giants are not only back in the NL West race but also back in my top 10. Keep an eye on these Giants — if they get hot, they are fun to watch.

The Braves are in the midst of their longest winning streak since 2013 and would make the playoffs if the season ended today. During their winning streak, the Braves have scored 6.7 runs per game and allowed only 2.7. That’s quite the recipe for success.

Ben Verlander breaks down his team of the week after Week 10, led by the Phillies’ Bryce Harper and the Braves’ Dansby Swanson.

The Rays just keep winning. They’re nine games behind the Yankees in the AL East but firmly in control of one of the AL wild-card spots. The Rays swept a good Cardinals team this weekend and continue to prove that they can keep up with teams with more star power.

The Jays are in second in the AL East, and after a tough stretch in which they struggled with both pitching and hitting, they are back on a roll and playing like the team many thought had a chance to win the American League.

The biggest difference for the Astros this year has been their pitching. Last season, the Astros’ bullpen was middle of the pack. This season, their bullpen has the lowest ERA in MLB, the fewest blown saves and the second-fewest hits allowed.

Pair that with a rotation that added back Justin Verlander, who’s in Cy Young form after not pitching for two years, and you have one of the most dominant pitching staffs in baseball. The Astros are elite right now because of their pitching, and it’s only a matter of time before their offense is also firing on all cylinders.

Houston Astros are the team to beat in the American League

Ben Verlander explains how the Houston Astros have constructed a perfect blueprint for long-term success and why they are the team to beat in the AL.

It continues to amaze me how good the Padres have been without Fernando Tatis Jr. They have been carried by Manny Machado and Joe Musgrove, so I’m excited to see how good this squad will be once Tatis makes his return. At this rate, San Diego will have something to say about who wins the NL West.

Concern is mounting for this Dodgers team. Amid a sweep at the hands of the Giants, the Dodgers got news that Walker Buehler will be sidelined for “a good bit of time” due to an elbow/forearm injury. Still, they have the best offense in baseball and put up runs in bunches. We’ll see how they respond this week after getting swept by their rivals.

The rest of the NL East is closing in on the Mets, who have been one of the best teams in baseball so far this season. The difference this year is I don’t think these Mets will completely fall apart, and I think they can hold off the surging Braves and Phillies. Plus, they’ve been great even without their two best pitchers, Jacob deGrom and Max Scherzer.

The Yankees are currently on pace to break the MLB record for wins in a season. New York’s offense has been doing what we all thought it could, and the pitching staff has been the best in baseball any way you chalk it up. Every starting pitcher not named Gerrit Cole has a sub-3.00 ERA, and Cole has still been exceptional overall, except for his most recent start.

The Yankees are the clear best team in baseball to this point of the season, and they have MVP favorite and free-agent-to-be Aaron Judge earning more and more money every time he takes the field. New York City is the place to be these days if you’re a baseball fan.

Here’s to another exciting week of Major League Baseball!

Ben Verlander is an MLB Analyst for FOX Sports and the host of the “Flippin’ Bats” podcast. Born and raised in Richmond, Virginia, Verlander was an All-American at Old Dominion University before he joined his brother, Justin, in Detroit as a 14th-round pick of the Tigers in 2013. He spent five years in the Tigers organization. Follow him on Twitter @BenVerlander.