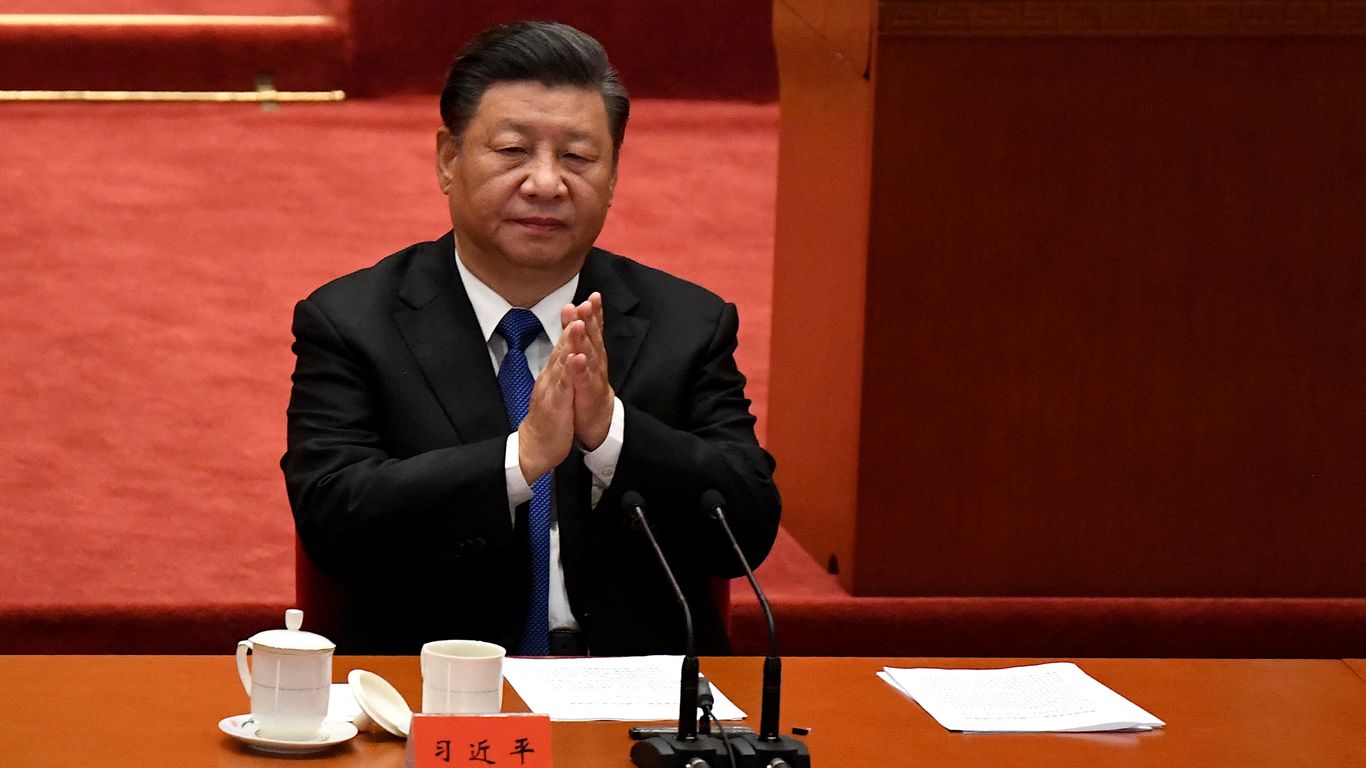 China’s military has built targets that resemble U.S. Navy warships in the Taklamakan desert in the northwestern Xinjiang region, according to satellite images captured by Maxar.

Why it matters: The mock-ups of a U.S. Navy aircraft carrier and destroyer reflect the Chinese government’s efforts to expand anti-carrier capabilities, “specifically against the U.S. Navy,” per Reuters.

Details: The images show a “full-scale outline of a U.S. carrier and at least two Arleigh Burke-class guided missile destroyers” that have been built on what seems to be a new target range complex, Reuters notes.

Between the lines: The site has been used previously for ballistic missile testing, according to the independent U.S. Naval Institute, citing AllSource Analysis, which identified the site from Maxar’s imagery.

What they’re saying: China’s Foreign Ministry spokesperson Wang Wenbin said in response to a question on the satellite images during a briefing Monday, “I’m not aware of the situation you mentioned,” AP reports.

Of note: The development comes as the ruling Chinese Communist Party is expected to further consolidate the power of President Xi Jinping at a closed-door meeting that begins in Beijing Monday, Reuters notes.

Editor’s note: This article has been updated with new details throughout.