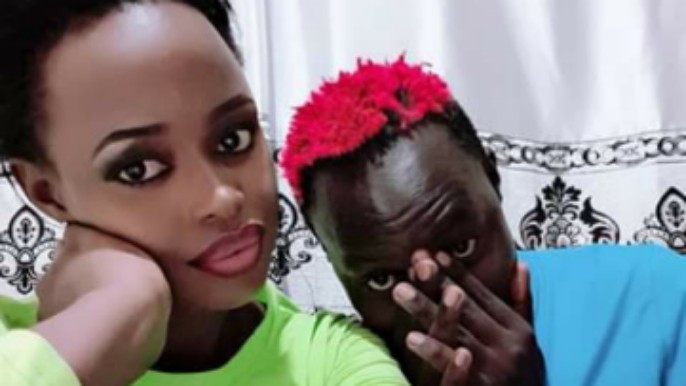 In a lengthy video chat on social media, the couple could not stop telling sweet things to each other amidst cheers from the live video viewers.

They also asked their fans to keep asking any questions saying they would answer instantly.

On how long the relationship had taken, excited Momo19 told the fans that they have been dating for a long time. She also emphasized that she won’t agree with Carol Nantongo’s song ‘Silwana’ which is against fighting for a man. “me I won’t hesitate fighting for my man.” Momo19 said.

On how they do it, keeping their relationship intact, the couple urged their fans to believe in each other.

On their marriage plans or even dates, the couple kept dodging the ‘soon’ reply.

The couple is so In love and we wish them all the best.