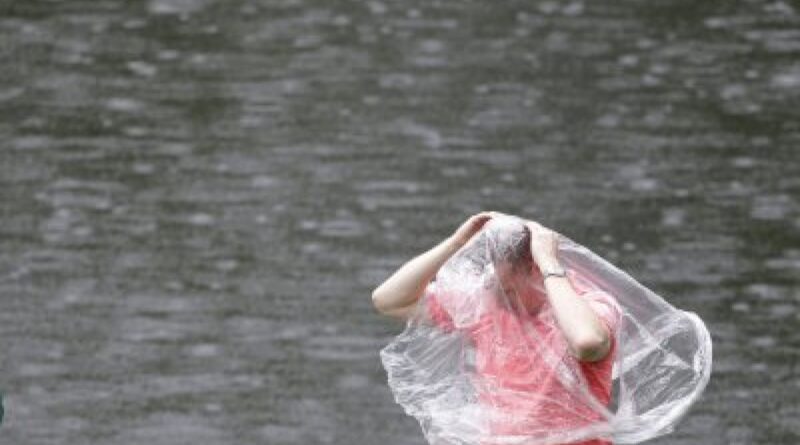 After rounds of rain led to major, destructive flooding in Yellowstone National Park this week, AccuWeather forecasters say a surge of tropical moisture will bring more rain chances to much of the Intermountain West. While much of the region will find this rain beneficial, some may find that too much of a good thing can lead to serious impacts.

The surge of moisture known as the North American monsoon was already present Friday night in places such as Tucson, Ariz., and Albuquerque, N.M., where a swath of rain brought wet conditions overnight. A flash flood warning was even issued farther north in New Mexico, where the combination of heavy rain and sloped terrain led to a localized flooding risk.

Heading into the weekend, rain and thunderstorm chances will stick around in the Southwest, while spreading northward into states such as Utah, Colorado, and Montana. While rainfall may not be steady in some areas, localized spots could have heavier downpours as the moisture surges northward, leading to a wide variation in rainfall totals.

“The atmosphere is primed and set for a day of monsoon-driven showers and thunderstorms to rumble throughout the Rocky Mountains on Saturday, followed by a repeat performance on Sunday,” AccuWeather senior meteorologist Michael LeSeney said.

Residents in cities such as Flagstaff, Ariz., Salt Lake City, Utah, and Cheyenne, Wyo., may want to keep a rain jacket handy as conditions can rapidly change throughout the day. While skies may be largely clear at one moment, heavy rain and storms can quickly pop up and cause conditions to deteriorate. With rain able to arrive quickly, those in areas prone to flooding will want to monitor the latest watches and warnings.

Across most of the Rockies and Southwest, any rain will be highly beneficial. Drought conditions are in place across almost the entire region, according to the U.S. Drought Monitor, with many locations in severe or exceptional drought, the two highest risk categories.

New Mexico is experiencing some of the driest conditions, with over half of the state in exceptional drought. Farther to the north, over 80 percent of Utah is in at least severe drought, while 98 percent of Colorado is experiencing abnormally dry conditions of some kind. While this weekend’s rain may be able to put a dent in the drought, it will take much more to completely end the dry stretch.

While any rain is needed, too much of a good thing can turn into quite the opposite. Even if bursts of heavy rain last for a short period of time, the ground will not be able to soak in the water as fast as it falls. As excess water flows downhill in the mountainous terrain, waters can quickly rise in the nearby streams and rivers, leading to a flash flooding threat.

“The flood risk will be most elevated and dangerous when terrain is involved. Rainwater from a large area can rapidly flow downhill into a narrow valley or river and cause water levels to surge, even if little rain fell there,” LeSeney explained.

Locations burned by recent wildfires can be especially prone to flooding. With no trees or shrubs to hold in excess water, it will take less rain to cause flooding problems in those areas.

This will especially be the case for portions of the Northwestern states into the upcoming week. While not technically completely driven by monsoon moisture, rounds of locally heavy rain and thunderstorms will target a large swath of Montana and Idaho, as well as portions of Canada’s British Columbia and Alberta provinces.

“Wet weather in the far northwestern U.S. and portions of southern Canada into the early week will be the result of a potent disturbance in the upper levels of the atmosphere,” AccuWeather meteorologist Mary Gilbert said. “This disturbance is rather unusual for this area and may even spawn a handful of locally damaging storms in parts of eastern Montana and Wyoming on Sunday.”

Outdoor Father’s Day celebrations and Juneteenth remembrance events in these areas can be disrupted for a time on Sunday due to the potential for volatile weather.

By the start of the traditional workweek, a push of drier air should bring an end to the rain chances across the central Rockies. In Arizona and New Mexico, at least isolated shower and thunderstorm activity could continue, bringing more helpful rainfall, but at a risk of flooding.