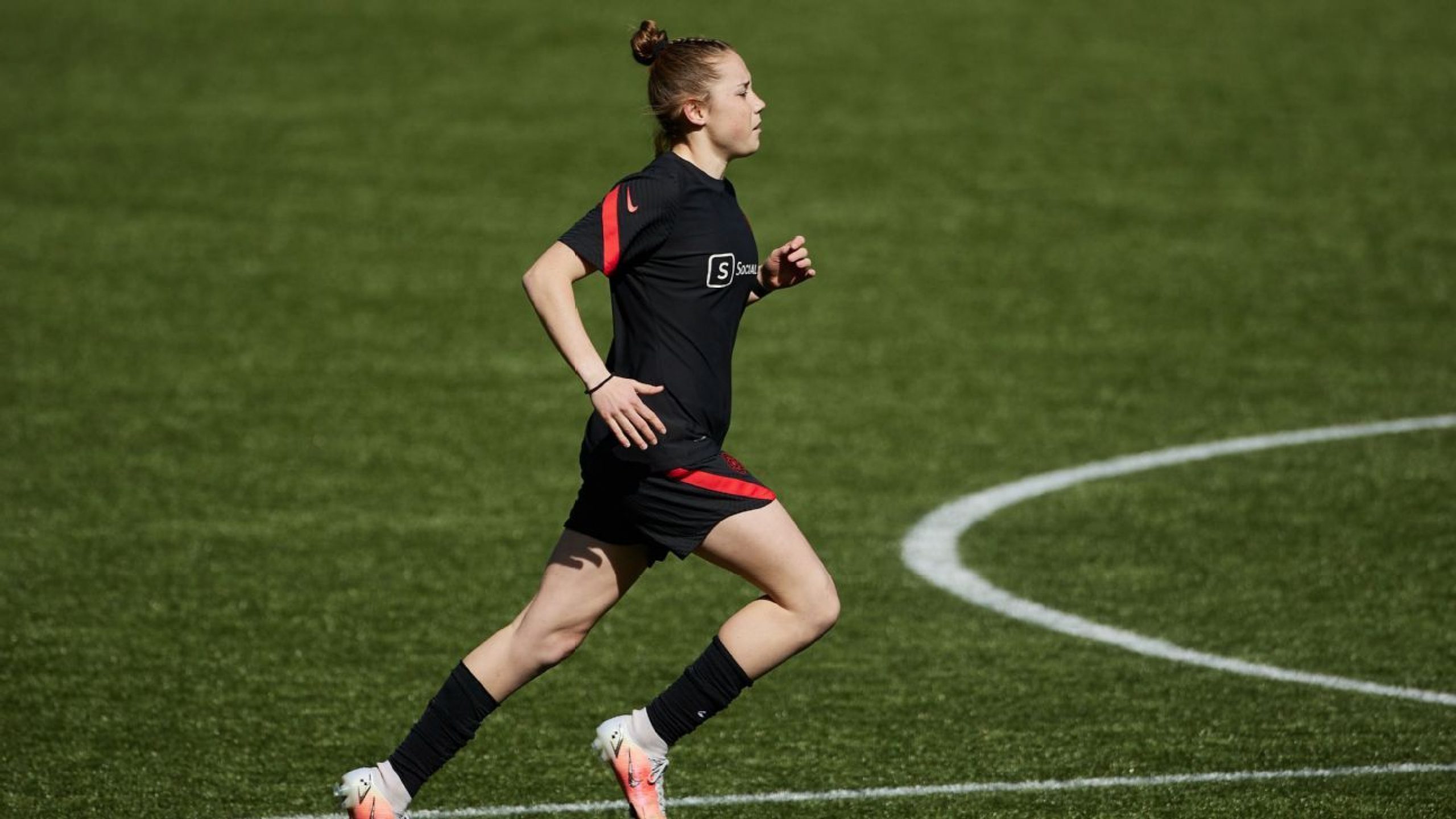 Fifteen-year-old Olivia Moultrie scored her first professional goal on a free kick, and the Portland Thorns went on to defeat the Houston Dash 3-1 on a penalty shootout after a 2-2 draw Wednesday night in the Women’s International Champions Cup.

Shelby Hogan, making her pro debut in goal for the Thorns, made three saves during the shootout, and Simone Charley buried her attempt to clinch it for Portland.

The Thorns advance to play Lyon in the WICC final on Saturday.

Melvine Malard scored in the 85th minute to give Lyon a 3-2 victory over Barcelona in the earlier match.

Moultrie, who turned professional at 13 and signed a deal with Nike, filed a lawsuit against the National Women’s Soccer League in May asserting that she should be able to play despite a rule prohibiting players under 18.

A judge granted a preliminary injunction allowing her to play in June, and she eventually reached a settlement with the league.

She became the youngest player to appear in a league match when she made her debut on July 3 against Racing Louisville.

Moultrie’s goal came on a free kick in the 57th minute and tied the match at 2-all.

Houston’s Shea Groom scored in the 17th and 41st minutes.

Portland closed the gap in the 51st minute with Natalia Kuikka’s goal.

“I’m just so glad it went in, because all I cared about was winning the game, and for us moving on to the next match. And that’s what we did,” Moultrie said. “So I couldn’t be more happy.”

Because it was not a league match, Moultrie has yet to score her first NWSL goal.

Lyon, the 2019-20 UEFA Champions League winners, are the defending champions from the 2019 WICC.

Barcelona qualified for the event as the 2020 Spanish league leader.

The Thorns qualified for the tournament as winners of the NWSL’s fall series, while the Dash won last summer’s Challenge Cup in Utah.

New York-based Relevent Sports Group, which puts on the International Champions Cup for men’s club teams each summer, added the women’s competition in 2018.

Last year’s event was canceled because of the coronavirus outbreak.

Organizers bill the event as the international championship for women’s professional club teams.

Relevent plans to add two teams to the women’s tournament next year.