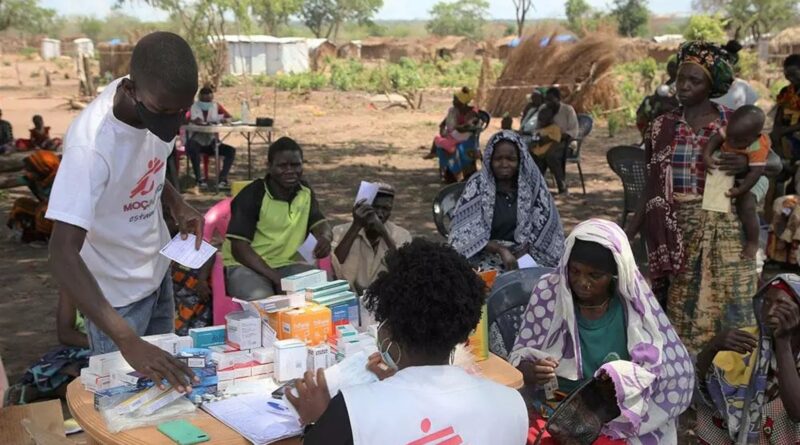 Insurgents are attacking farther south than ever before, with attacks just 45 km from Pemba, and the first attacks in Nampula province. The main N1 road and mining projects were disrupted. As predicted, the heavy military presence of Rwandan troops in Palma and Mocimboa da Praia merely caused the guerrillas to disperse and open new fronts. (this newsletter 598, 6 June; Financial Mail 3 June)

In just two weeks insurgents have been active in four districts which never suffered guerrilla attacks before. Fighters moved south into Ancuabe and then further south into Chiure and Mecufi Districts. Then they crossed the Lúrio River into Nampula province, for the first attacks south of Cabo Delgado.

Two attacks took place in Memba district, in northeast Nampula province, near the Lúrio river. On 17 June there was an attack on Lúrio town in Mithopue and Okhole neighbourhoods, and on 20 June another attack was reported. Ikweli reports that local people say it was a recruiting mission.

The move south since the beginning of June involved at least 23 attacks with 22 civilians and two police killed. UNHCR says there are 17,000 newly displaced people.

Since 5 June there have been at least 16 deaths in 12 attacks in Ancuabe district, south of the war affected zone. It contains important mining projects and the junction of two main roads, the N1 which goes south from Pemba, and the N380 which goes north to the gas fields. Many villages in the area have been abandoned. The International Organization for Migration (IOM) estimates that over 11,000 people fled in wake of the attack on Nanduli, to Ancuabe town, Pemba and Chiure.

The insurgent sweep south started with attacks on 31 May in Quissanga district. Seeing the insurgents move south, defence forces set up a base in northern Ancuabe but the guerrillas bypassed it. The first Ancuabe attack was in Nanduli village, on the N380 road, on 5 June; one person was killed and houses burned. One woman who was captured after the Nanduli attack and taken to the Pulo forest claimed she saw at least 60 insurgents. She was subsequently released and told by the insurgents to spread the message that they are coming.

In addition the insurgents sacked a nearby farm to General Alberto Chipande, an independence war veteran and a member of the Frelimo Political Commission; a farm guard was decapitated. Days later Chipande moved his animals to a safer farm.

On 8 June governor Valige Taube was at Silva Macua, at the junction of the N1 and N380, reassuring civilians it was safe to go home. At the same time, just 15 km away from Silva Macua and 45 km from Pemba, insurgents attacked the site being developed by the graphite mining company Grafex, owned by Australian Triton Minerals. Two guards were beheaded and the company could not reach the site for two weeks.

This caused panic. Syrah Resources, another Australian graphite miner with a concession in Balama, 200 km away, suspended all personnel and logistics movements for a week. Military convoys were imposed on parts of the N1 and N380. Many villagers fled.

Construction of Mozambique’s biggest solar power plant was halted based on security fears following nearby insurgent attacks. The plant in Metoro on the N1 in Ancuabe has more than 120,000 solar panels, which are expected to generate 41MW, and had only just been inaugurated. French majority owner Neoen decided to evacuate all staff.

On 9 June close in Ntutupue insurgents killed an artisanal miner in front of a colleague, who was told to run to the village and tell what happened. On 11 and 13 June Ntutupue village was attacked with six people killed.

President Filipe Nyusi went to Ancuabe to Thursday 16 June to combat “disinformation” and “rumours” and to say that security forces were in control and it was safe to return. He said the attack on Nanduli was an act of desperation, of terrorists on the run from defence forces.

The response was rapid .On Saturday 18 June the villages of Nitwita, Nanoa and Macaia, all on the N380 road, were attacked. Two riot police were ambushed and killed and their car burned; two civilians were killed and many houses burned.

Ancuabe one of ‘safest’ districts

Ancuabe “was one of the safest districts in Cabo Delgado,” said United Nations High Commissioner for Refugees (UNHC) representative in Mozambique, Samuel Chakwera, on 17 June. Around 1,000 families displaced by the war in the north of the province had fled there, and UNHCR was implementing a model project for the resettlement of war displaced people there because the zone was so safe.

Action in 3 other southern districts

Insurgents also moved south to Chiúre district, which is south of Ancuabe and north of the Lúrio River, which is the boundary between Cabo Delgado and Nampula. On 11 June insurgents attacked Mazeze Village where four civilians were killed and houses burned. The next day insurgents reportedly attacked nearby Retene village. These were the first insurgent attacks in Chiúre district.

Both villages are 50 km inland on the road in the narrow strip of Chiúre – Mazeze administrative post – that goes east to the sea. Thus it seems likely that insurgents crossed the river to Memba from that area.

There have also been two attacks in Metuge district, probably near the border with Ancuabe, on 6 and 16 June, with two deaths.

And there were three attacks in Mucufi district, south of Pemba, on 13, 14, 15 June, with two deaths. The village of Mankuiaya was attacked on 13 June; a man was decapitated and the head given to a woman who was told to present it to the authorities in Mpiri and Nipataku villages. Provincial governor Valige Tauabo visited the district and confirmed the raids. In Macuaia village, the attackers looted two shops.

The intensification of violence in Cabo Delgado in recent weeks is causing concern internationally. On 9 June, the Australian government advised all Australian nationals in the province to “leave the area if it’s safe to do so” as “there is an extreme risk of terrorism” which may “target areas frequented by foreigners.” There are at least three mining companies operating in Cabo Delgado that are listed on the Australian Securities Exchange.

The United States Department of State on 20 April had already said “do not travel” to 11 districts including Ancuabe and Metuge. And it said “reconsider travel” to Pemba because it is “vulnerable to attack”.

Rhula Focus Security Alert argues that “current information indicates that insurgent groups are increasing in size and appear to be raiding villages for food. Insurgents are also possibly passing through villages in recruitment areas to collect newly drafted insurgents.”

But on Tuesday 21 June Cabo Delgado Governor Valige Tauabo told the provincial executive council that the situation is calm and security is improving. The attacks were just “terrorists in flight” from Mozambican defence forces.

And fighting continued in June in two hot areas, northern Nangade district and northern Macomia district along the N380 road.

Indeed, the insurgents appear to be directly challenging Nyusi. On his Cabo Delgado tour he was in Nangade town on 16 June. On the same day insurgents attacked Ngangolo and Lissuolo villages, about 20 km for Nangade town, killing five people and temporarily blocking the Nangade-Mueda road.

Battles continue in Nangade, in the north of the province, where SAMIM (SADC) troops from Tanzania and Lesotho have been ineffective and most fighting is by local militias, who said they killed seven insurgents in a battle Sunday 19 June.

And fighting continues in the north of Macomia district along the N380 road. On 7 June insurgents again attacked the village of Chai and on 8 June they attacked the base of the paramilitary riot police (UIR, Unidade de Intervençao Rapida) in Nova Zambezia. On 9 June there was a battle outside Quinto Congressso village, with IS claiming to have ambushed SAMIM soldiers. At least one solider and some insurgents were killed.

On 8 June, Rwandan forces were reported to have killed 13 insurgents in Namaluco, an abandoned village in Quissanga district.

Islamic State (IS) is increasingly claiming the new attacks, and gives the attacks an anti-Christian aspect, burning churches and killing Catholic civilians. For example, in the attack on Retene, Chiúre, IS said it had killed “two Christians and burnt down 70 houses and their churches”.

Also the insurgents interest in trying to control the two key roads is clear. The N380 is the only paved road north from Pemba to the gas fields. It has been subject to constant fighting in Macomia, and most Ancuabe attacks are near the N380. Andt it has pushed nearer the N1, the only road south from Pemba.

Some police officers are informing insurgents of the movements of the security forces, Mozambican interior minister Arsenia Massingue said in Pemba. A police officer by training, she berated the lack of professionalism in the police while addressing a parade of police command in Pemba. She also claimed there was a problem with the police close protection unit (UPAI) and rapid response force (UIR) abandoning their posts and getting drunk.