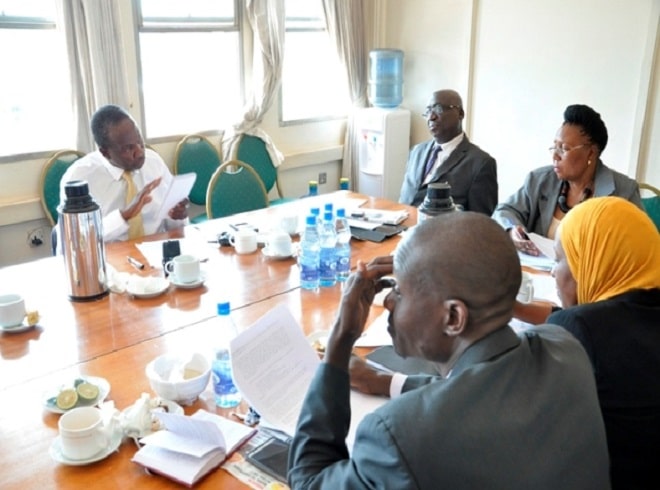 Members of parliament who sit on the parliamentary committee in charge of  finance in parliament led by Henry Musasizi have exerted pressure on Jennifer Birigwa from the ministry of finance  to explain where they put the  money from different government organizations and districts that is not spent during its planned period.

“as members of parliament we need to know where does this money go after its not spent  because it’s not added to the next financial year.” the committee vice chairperson Hon Katali MP Jinja asked Jennifer.

Jennifer however had no definite answer but promised to go back and look into the issue.

“We shall look through it ,you cannot spend all the money you received in your budget and you can’t bring back that money for the next financial year.”  She  said

She added that they cannot send all the money on expenditures because they had a lot of debts which the ministry has paid using this money.