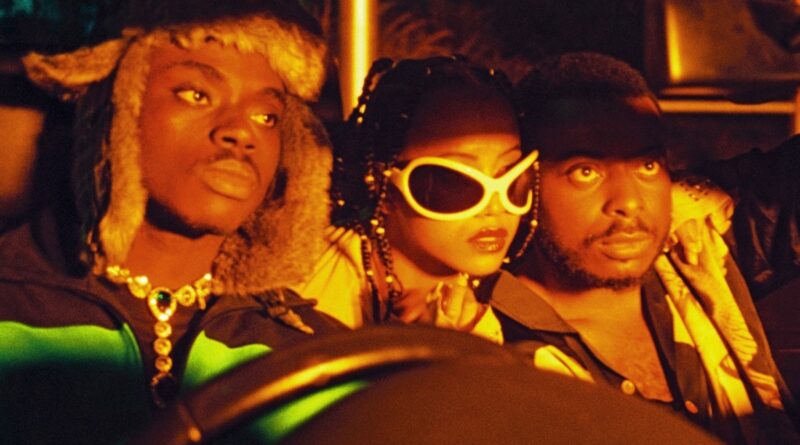 Valve Sounds and its co-founders “stood out because they are entrenched in that scene.”

Co-founded by Sasha Chifura and Shelley Liu, Valve Sounds is “committed to the growth” of those genres within Australia, and “dedicates to carving a space for these artists to make an impact at an international stage,” reads a statement.

To celebrate the return of Valve Sounds, the trio will release a special collaborative number, “WYA” (Where You At), next Thursday (Feb. 2).

Mushroom Group has “been looking for the right hip-hop/R&B partner for some time now to complement our other labels,” notes Mushroom Labels COO Chris Maund.

Valve and its co-founders “stood out because they are entrenched in that scene and have a clear vision to break fresh hip-hop/R&B artists globally. Valve are signing artists whose sound is both authentic and borderless, giving them real opportunity to cut-through and deliver internationally,” he tells Billboard.

Maund points to the success of the recent Maina Doe single “Primal Design.” Mushroom Group serviced the track, which went on to land “a load of global playlists,” he explains. “That, will be the start of many.”

Following its launch in 2015, Valve Sounds released recordings from UV Boi, Nasty Mars, ESESE, Villette and Maya Hirasedo, and earned a reputation for its events and parties in Melbourne, spotlighting international and local artists.

Among the highlights were events at Melbourne Music Week’s 2016 and 2017 flagship venues State Library of Victoria and St Paul’s Cathedral, and its team curated a stage at Falls Festival, featured in VICE.

“Some of my fondest memories have been at Valve Sounds parties that we threw back in the day,” recounts Liu. “Feeling grateful to be working with Maina Doe, IJALE and King Ivy – three artists who I truly believe represent the future of music coming out of Australia and beyond.”

Through the new arrangement, Valve Sounds will have access to Mushroom Labels’ full suite of services across marketing, promotion, audience building, social strategy, distribution and analytics as well as global promotion, marketing and audience label services via UMG’s Virgin Music Label & Artist Services, an alliance forged in 2022, in tandem with Mushroom’s existing U.S. and U.K. teams.

Previously, Valve Sounds had a label partnership with Sony Music.

Valve Sounds now operates among the 25-strong group of companies within Mushroom Group, established 50 years ago by the late Michael Gudinski.

Mushroom Group CEO Matt Gudinski, the son of Michael, heaped praised on his new partners. “Their clear vision for the label and expertise in the R&B and hip-hop scene excels them as key industry leaders of the future,” he comments. “It’s with great pleasure we welcome them to the family and look forward to a longstanding relationship.”