Controversial Bobi Wine seems not ready to halt his music performances. This is getting to record after a series of performances (after being banned) where he has always mocked police.

On several occasions, Bobi wine has been hard saying its his constitutional right to be anywhere at any time. He added that police is not responsible for choosing who he should be when i.e either  Bobi wine the musician or Robert Kyagulanyi the member of parliament. 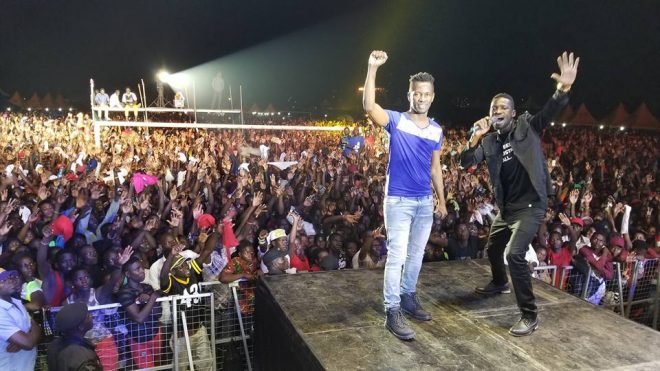 While performing at comedian Taata Sam’s Show at theatre La Bonita, Bobi Wine narrated how the Special Force Commands operatives faced it rough when they attacked a prepared him(Bobi Wine) as he thoroughly thumped them. Yesterday at Bukedde’s Embuutu ye’mbutikizi, Bobi Wine reechoed his point saying music is unstoppable.