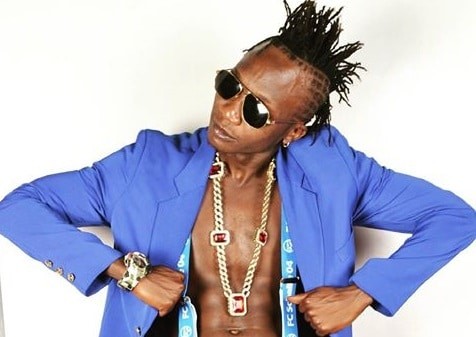 The TNS singer ranted about how Bebe Cool has gone mute after a person he once called a friend is locked up behind bars.

Kabako blamed Bebe Cool for giving up on a close friend with whom they did a song, “Funtula”.

“You guys, Chameleone and  Bebe Cool, You should come out and fight for this man!” the angry lad told the media.

The artistes that held a press conference yesterday agreed to combine efforts and do a song advocating for the release of Bobi Wine. They however are still thinking of how best to do this as many are suggesting a single song while others are saying many songs.

Bobi Wine is currently locked up in Makindye barracks on charges of unlawful possession of ammunition, a case that  Barbara Kyagulanyi; his wife says was framed.  Her wife also says his husband is in a worrying health condition that needs medical attention which she thinks he is not receiving.

Bobi Wine was however for the first time allowed to meet his personal doctor yesterday who is expected to out a report today.