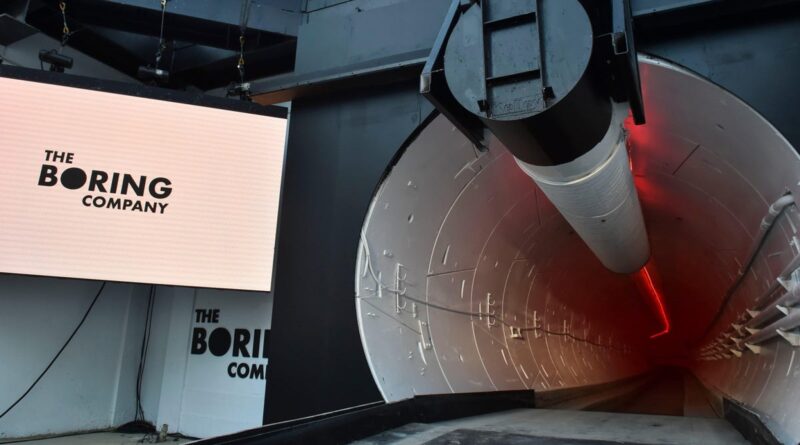 Elon Musk’s hyperloop—the sci-fi-esque subway of the future that definitely will not flood—is apparently hitting a speed bump. The Hyperloop’s inaugural tunnel, a prototype built in Hawthorne, California, has been torn down and will be replaced with parking spots for SpaceX employees.

The hyperloop’s prototype tunnel was approximately one mile long and 12 feet (3.6 meters) wide and was situated near the Hawthorne Municipal Airport just outside of Los Angeles. Precision Construction Services was one of the contractors on the tunnel and owner Erik Wright received word earlier this year that the tunnel would soon be a parking lot, according to Bloomberg. Bloomberg further reported that as of last week, there is no longer a trace of the tunnel in Hawthorne, with local city council confirming that the land would serve as parking spots for SpaceX employees.

While Bloomberg argues that the burying of the California tunnel is a sign of a larger retreat by Musk away from the hyperloop concept, the death of one of his first attempts to build the technology is not necessarily a definitive symbol of his Boring Company dying. Earlier this year, the Boring Company scored a bit of a win in Las Vegas as it secured approval from the local government to expand its network of tunnels underneath the city to a total 34 miles (54.7 kilometers). The company also submitted plans in 2021 to bring the hyperloop to Texas and Miami. The Boring Company also reported it was valued at $5.675 billion earlier this year—despite its actual product being a Tesla driving through a tunnel and not futuristic pods whizzing through a vacuum, as originally pitched.

The elephant in the room here is that Musk is likely making a larger play to move at least some of his main operations to Texas, so while the closure of the Hawthorne tunnel is newsworthy, it’s not exactly out of left field. My San Antonio reported earlier this year that Musk raised hundreds of millions of dollars in investments to create a new Boring Company headquarters in the Austin suburb of Pflugerville, indicating a clear pivot away from the former headquarters in Hawthorne. Musk’s other company SpaceX has notoriously taken over the seaside community of Boca Chica, Texas and rumors are brewing about a potential relocation of his newest acquisition to the Lone Star State.