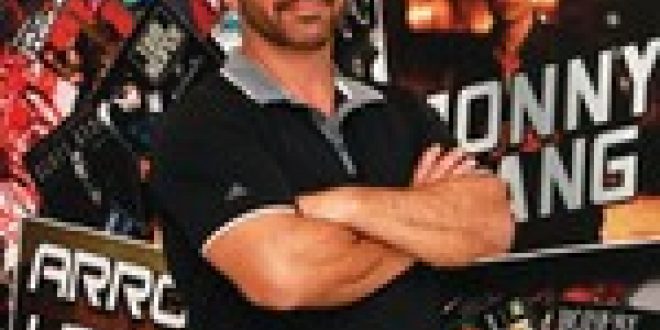 Dave Grohl and all the Foo Fighters live nearby. They are always at the Canyon Club. They’re big music aficionados, especially with the new bands. Don Muller, their agent, knew that we were struggling and knew that we hadn’t received any grant money. The [Shuttered Venue Operators Grant] is in this endless loop for why it’s not paid out, and a lot of our friends have given up.

I got a call saying [Foo Fighters] needed to block these dates, and Muller said, “Lance, trust me. Just take the dates.” They could have picked any place and they chose us. I’ll be indebted to them for a long time, but they are people who love music. They would drop anything to help anybody in the music industry.

People were offering me $1,000 for a ticket. Foo Fighters could have asked anything they wanted for those tickets and sold 600. They insisted, and we sold the tickets offline for $26. It cost the band between $30,000 to $50,000 to throw that event. I got the Foo Fighters’ contract and it said, “Compensation: $0.” They didn’t want any money. They let me keep everything. I saved the contract. I’m going to frame it.

We gave people 12 hours’ notice for tickets and 3,000 people showed up for 300 pairs of tickets. It was crazy. The night of the show, Foo Fighters allowed us to open the doors and 800 people watched from the parking lot. I think there was something like 117,000 people watching it on the internet from all of the different live feeds that people had. I get the same satisfaction as the band – seeing everyone smiling. I take my small part in that. I am not the Foo Fighters, but I made this happen.

We do 1,700 shows a year, and the only show I have ever watched was Led Zepagain. Normally I am out front, so people who go to the Canyon Club know me. The second the first downbeat happens, I am done with my day.

I was out front dealing with the anti-vaxxer protests. I fully believe it is their right to protest. It’s silly because I don’t make up the rules. I enforce the rules that are given to me. If [the health department] told me I had to dress up in a pink tutu with a thong to open up, I would be dressed up in a pink Tutu and a thong. I need to be open, and I need to get my life back to normal and start paying off this $11 million debt.

The audience was so happy. I personally sold all 600 tickets. It was great to see them all come back for the show. It’s always great to work with such a magnanimous band, and the Foo Fighters are great. Wilson Phillips called me and said that they would do a free concert for me. Toad The Wet Sprocket and REO Speedwagon were there at the show.

The Foo Fighters are people who don’t care what anybody else thinks. They do what they think is right, and it helps all these other bands that have the choice to be playing somewhere like the Greek Theatre or the Hollywood Bowl choose to play with us independent venues. Other groups will look at what the Foo Fighters did and try to help their local venues.

I should be thankful every day that all these bands will come to our aid. They don’t need to be playing the Canyon Club. REO Speedwagon, Pat Benatar, Air Supply play us because they believe we have that personal connection to the future of the music industry.

As told to Taylor Mims.