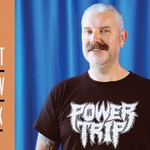 With the Wale shows, it was the last weekend of July. Things were just picking up, and then a week and a half, two weeks later, when we had our next round of shows, things got more intense with the COVID numbers. We had to pay more attention to things surrounding that.

In May, the first shows I went to just check out — at the beginning it was weird, but by the end of the show it felt normal. It felt like every other show. At this point, I was assuming everyone was vaccinated and the Delta variant hadn’t really popped up yet. People weren’t wearing masks. Everyone was like, “We got the vaccine. Everything’s fixed.” People were just so anxious to get back to some form of normalcy, but since then I would say there’s a lot more masking.

[The last time I promoted a show] was early March 2020. It’s a little different here, because in early March we don’t have a lot of shows because SXSW sort of rents out all the clubs. We worked with SXSW and some of the events that happened that week. Then SXSW, shockingly, was cancelled. Looking back it makes sense, but at the time we were all surprised.

We kept Margin Walkers going through the summer, and we started talking about [shutting down permanently] when it was clear this wasn’t going to be a matter of days, weeks or months. So we announced [we were closing] in early December.

We had always hoped that we would get back to some version of what we did before. We’re good at it. We’ve been doing it forever. Some folks, it’s in their DNA. We didn’t want to come back prematurely and wanted to wait until it was safe. We started talking and working on Resound in spring. I called the Margin Walkers staff. We talked to everybody who worked here. We knew we were going to scale down a little bit. Half [of the former staff] was excited to come back and couldn’t wait. The other half got new careers. Some of them still love music and the music business but had been wanting to do something different for a while. One guy got a job in high-end collectible trading cards. Someone went to work with some huge Twitch, YouTube sensation guy. Someone else got a job completely out of entertainment doing spreadsheets and project management and she loves it. People found these new roles.

[Resound Presents] now has 75 shows on sale, and we have a bunch more we’re about to announce. We will have about 100 live shows in the next month or so. It feels just like it always did, except better and more organized. I think everybody is hoping that nothing weird happens. That’s where we are right now.

It was weird. It felt good to be back at it, but the [COVID] numbers were just starting to creep up and there were a lot of unvaccinated folks starting to get sick. We were really pushing for masks, masks, masks. They weren’t mandated, but you could push it. None of the shows were at capacity wall-to-wall, but they were packed. Usually 5% to 10% of people don’t show up to shows, but it was a bit more [than that].

In early to mid-August is when people started saying, “Let’s start enforcing something. Let’s say you either have to have the vaccination or proof of the negative test to come in.” That’s something artists have been pushing for, and I don’t want to speak for anyone else, but promoters and clubs were all set for it as well.

Any shows we have done with the new requirements, we’ve seen a handful of refund requests. We offer a small 48-hour window to request a refund. I want to say that for a 1,000-person show, about 30 people got refunded and another one was about 10 people. And more people scooped up those tickets. We saw an uptick in sales that blew past the refunds. There were more people interested in going because of the new rules.

As told to Taylor Mims.