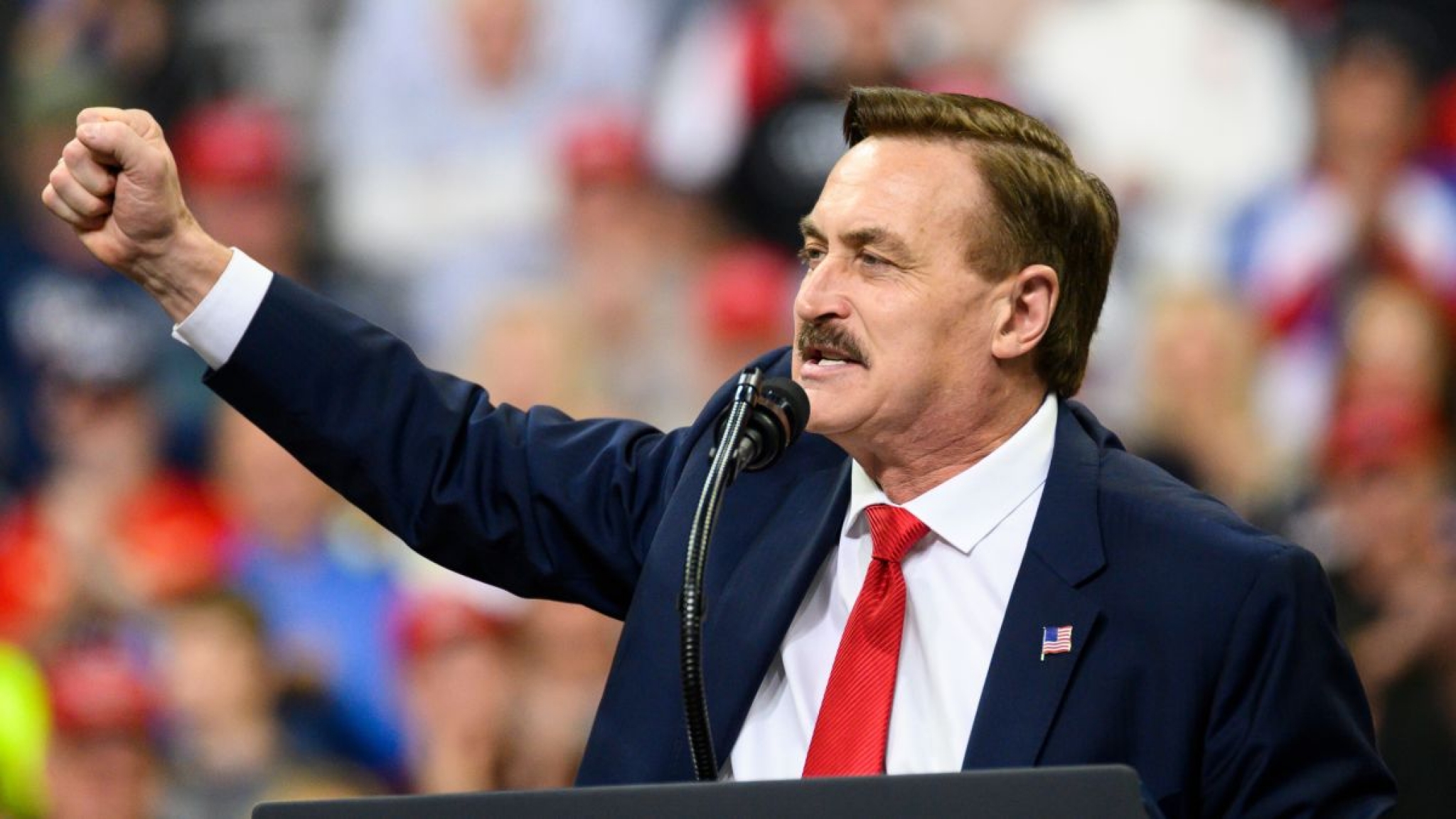 Mike Lindell, the MyPillow goblinoid, has a lot of hobbies.

He dabbled in helping Donald Trump pull off a coup d’etat. When that didn’t work out, he switched to filming hoax documentaries purporting to prove foreigners, perhaps the Chinese government or some other nefarious Communist cabal, worked with corrupt election machine manufacturers to steal the 2020 elections for Joe Biden. He loves getting sued for $1.3 billion for refusing to stop spreading those defamatory theories. He was a relentless tweeter, until Twitter banned him. He spends, we assume, a lot of time chewing the small, tender bones of various prey animals. And he’s launching his own social media site, named Vocl Frank Speech, that will be a free speech utopia for God-fearing patriots.

Frank Speech bills itself as “the voice of free speech… [and] the platform for Americans who want to defend life, liberty, and all the freedoms that have marked America as the longest running Constitutional Republic in the history of the world.” Lindell says it will be launching next week. The tens, possibly hundreds of people who have been waiting to hit the “Join Frank” button may be surprised by a Tuesday report in the the Daily Beast, in which Lindell establishes that he actually has an extremely prohibitive and extensive set of speech rules in mind based on biblical doctrine.

And I do mean in his mind, as said rules appear to be being scripted by Lindell in realtime rather than written down or anything like that, despite the site supposedly launching next week. Also, by biblical doctrine, I mean however Lindell is interpreting the Ten Commandments to suit how he is currently vibing.

(The Supreme Court has actually issued contradictory rulings on displays of the Ten Commandments on government property, but… you know what, never mind.)

Lindell also defined Frank Speech’s operational definition of free speech as agreeing with him and not lying about people he likes, such as The Eric Metaxas Show host Eric Metaxas.

“When someone goes out there and says, ‘I don’t like what’s going down at the border,’ or ‘I don’t like that our country was attacked and nobody’s trying to know you did anything about it or is doing anything about it,’ that’s free speech,” Lindell said. “Another thing you can’t do—what we define in there is totally defame someone. What’s the Ninth Commandment? I can’t even think now, but in the Ninth Commandment, you’re bearing false witness, I believe it is. So, if you’re putting a complete lie against Eric; if I say, ‘Eric Metaxas did something terrible,’ and it’s an out-and-out lie, that’s not free speech. That is not free speech.”

Plain and simple, folks. Free speech is whatever Mike Lindell says the Constitution or our founding fathers says it is, except for when it’s what he says the Ten Commandments or just vague biblical principles say it is, or possibly just whatever he says it is. Got it. And you know what? That’s his right as a website operator under the First Amendment, unless of course he had any say about how the First Amendment works.

Metaxas, for his part, told Lindell that he liked the idea because it sounds “really puritanical.”