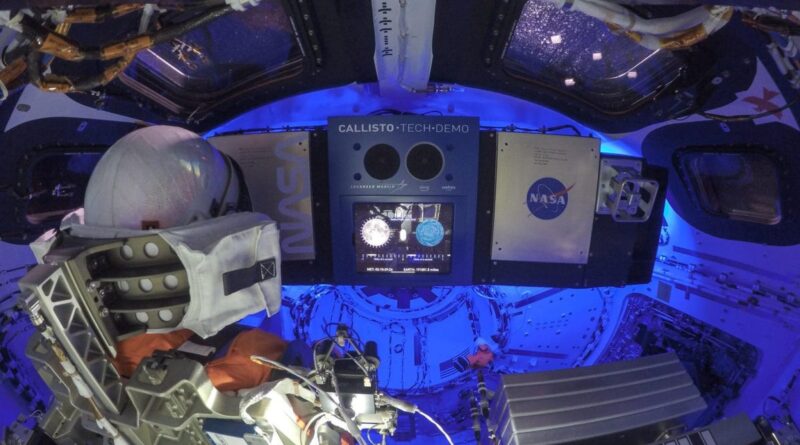 NASA’s Artemis 1 mission features a host of demonstration technologies, including Callisto—a collaboration between Lockheed Martin, Amazon, and Cisco. The Callisto team is making it possible for anyone to communicate with the system, in which messages will be shown on an iPad screen “for the world to see.”

Few of us will ever get the chance to go to space, but the Callisto project is providing us an opportunity to transmit and display our written words in the lunar environment. NASA’s uncrewed Orion spacecraft is currently in orbit around the Moon, and with it the Callisto tech demo for the Artemis 1 mission, which includes a customized iPad and the Alexa app.

There’s no one aboard Orion, but NASA is preparing for the sequel Artemis 2 mission, in which a crew of astronauts will perform a similar journey to the Moon and back. The space agency wants its future astronauts to use the Callisto system for voice and video communications, as Howard Hu, deputy Orion program manager at NASA, explained earlier this year.

“I can imagine a future where astronauts can access information on flight status and telemetry—such as spacecraft orientation, water supply levels or battery voltage status, through simple voice commands,” he explained in a statement. “Orion is already the most advanced spacecraft ever developed to carry astronauts to the Moon, and voice activation technology could take it to the next level by enabling the interactive computer systems of science fiction spaceships to become a reality for the next generation of explorers.”

Needless to say, NASA didn’t just grab an iPad off the shelf and ram it into Orion. The hardware had to be modified such that it’s protected from all that nasty radiation in deep space. Also, there’s no internet around the Moon, which means the Alexa app cannot freely access the cloud, a set of software and services located on ground-based servers. And even if it could, the 2.6-second lag would be a major drag. Instead, NASA is using its Deep Space Network (an array of antennas that connect spacecraft with ground controllers) and a local database available on Orion to make Alexa functional and useful.

As for the teleconferencing aspect, “Webex will connect and conference the onboard tablet with Webex devices and whiteboards inside a room in the Mission Control Center, demonstrating how video collaboration, with compression technology, can be used over the Deep Space Network,” NASA said.

The agency’s private partners provided unique hardware that’s making it possible to test Callisto without astronauts on board. Inside the capsule, cameras and microphones are recording the interactions mediated from ground control, allowing the team to assess Callisto’s performance.

The team is also making it possible for people to have their names and messages displayed on the Orion iPad “for all the world to see.” To do so, go to the Callisto website and scroll down until you see the “Communicate with Callisto” form. Should your message be approved, it will appear inside the Orion capsule, which is currently en route to a distant retrograde orbit around the Moon.

The old saying is that in space no one can hear you scream, but you can convey a scream in written text and have it displayed on a screen in space. Now you know.