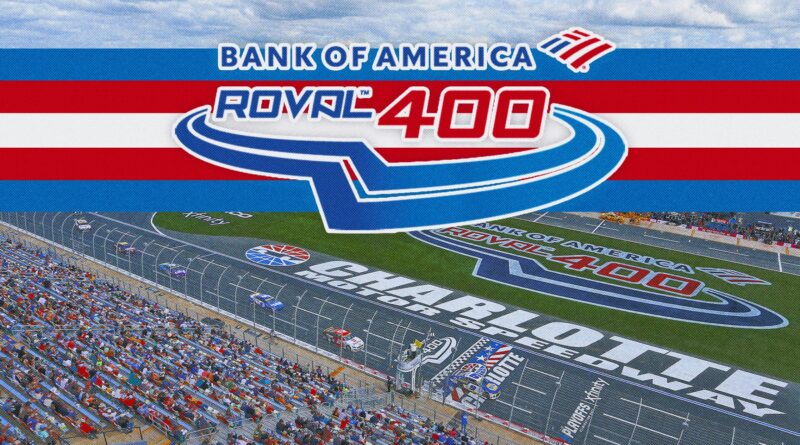 The 2022 NASCAR Cup Series Playoffs Round of 12 concluded Sunday with the Bank of America Roval 400 in Concord, North Carolina, where Christopher Bell pulled off a wild overtime win to advance to the Round of 8.

It was the sixth race of a 10-week stretch of competition that ends in Arizona in November, when just four drivers will compete in the highly anticipated NASCAR Cup Series Championship at Phoenix Raceway.

The eight drivers advancing to the Round of 8 are Bell, Chase Elliott, Ryan Blaney, Ross Chastain, Denny Hamlin, Joey Logano, William Byron and Chase Briscoe. The four drivers eliminated after the conclusion of Sunday’s action were Kyle Larson, Daniel Suárez, Austin Cindric and Alex Bowman (out Sunday due to injury).

Here are the top moments from Charlotte Motor Speedway:

A major topic of discussion at Roval was safety. Sunday was the first time in over 20 years that three full-time drivers — Bowman and Kurt Busch (concussion) and Cody Ware (foot) — were out of action due to injury.

Chastain, who opted to repair his car instead of going to a backup car after his crash in Saturday’s qualifier, started to the rear of the field in Sunday’s race due to unapproved adjustments his team made after qualifying.

On Thursday, the National Motorsports Appeals Panel overturned a 25-point penalty assessed to Byron for spinning out Hamlin under caution at Texas. Heading into Sunday’s race, Byron was 14 points above the cut line, while Briscoe and Cindric were 12 points below the cut line and Bell was in a must-win situation.

Off to the races!

Logano was the pole winner and Sunday’s early leader. Things quickly got heated, as drivers tried to find a rhythm on the intricate road course.

Byron caught Logano with five laps to go in the first stage, but the pole-sitter was able to secure the win in Stage 1 and picked up a playoff point in the process.

AJ Allmendinger and Reddick were neck and neck as the second stage got underway, battling for the top spot.

Allmendinger took the lead coming out of the infield, and Justin Haley was quick to pressure Reddick for second. Allmendinger went on to open up a 1.1 second lead on Reddick halfway through Stage 2.

Elsewhere, Logano had fallen back to 22nd and Daniil Kvyat’s race ended early due to engine failure.

Corey LaJoie and Noah Gragson ran each other onto the chicane after getting into it on the backstretch.

Allmendinger, who held the lead since Lap 31, continued his dominant performance in Stage 2 despite reporting that his car was getting stuck in second gear.

Chastain went on to pick up the Stage 2 win after Allmendinger pitted from the race lead.

Things got a bit chaotic as the third and final stage got underway. First, Briscoe got caught up in some front contact on the backstretch that knocked his toe link out of alignment and affected his car’s steering …

… while Suárez’s motor was running hot, and he reported a power steering problem that caused him trouble.

He was forced to pit road, where Suárez’s crew popped the hood in an effort to replace missing hydraulic fluid.

Bell was the first to come to pit road in the final stage, but it was Elliott who became the new race leader.

Elsewhere, Chastain ran into big problems after hitting the wall hard. His right rear tire was shaking, and he was forced to go behind the wall to try and fix things.

Meanwhile, a caution was narrowly avoided when Cindric ran into the back of Joey Hand entering the backstretch chicane, sending Hand into the wall.

Meanwhile, LaJoie went for a spin because of Suárez, who was still struggling with his power steering and lacked much control of his car. Still, LaJoie retaliated by putting Suárez into the fence entering Turn 1.

As things were winding down, there was a large piece of debris — a piece of the wall — that ended up on track just outside the racing groove, bringing out a late caution.

Harvick took the lead as Allmendinger went off course and Elliott spun out of second place. Then, Bell made a charge on fresh tires and took third from Allmendinger while a mess unfolded in the backstretch chicane.

Bell caught Reddick for second just before another caution came out due to Ty Dillon spinning and a piece of debris lying in the backstretch chicane. NASCAR red flagged the race to repair some damaged curbing.

Harvick was the leader on the restart, followed by Bell, Reddick, Allmendinger and Haley the top five. There was a huge pileup in Turn 1, which allowed Bell to take the lead from Harvick.

Then, Cindric went for a spin in the backstretch chicane, allowing Bell to cruise to victory.

Get more from NASCAR Cup Series Follow your favorites to get information about games, news and more