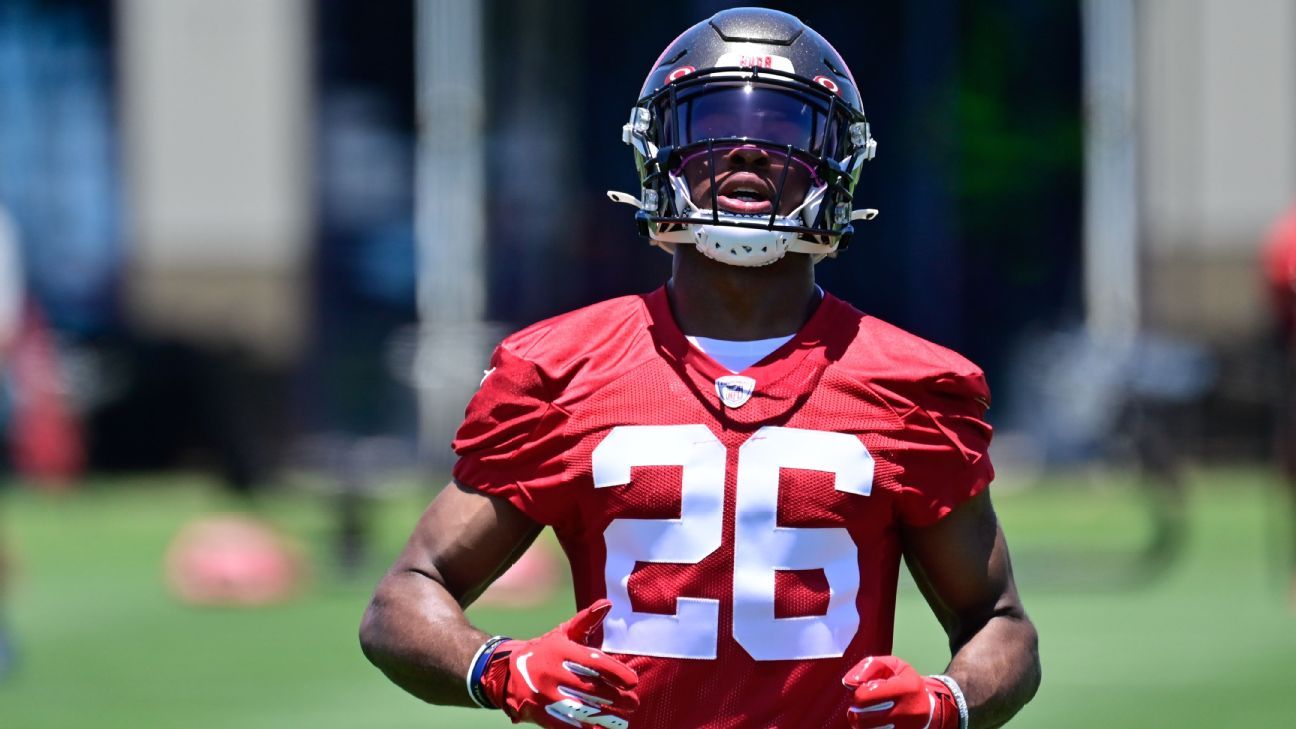 Rookie cornerback Cameron Kinley’s request to delay his U.S. Navy commission to play in the NFL for the Tampa Bay Buccaneers has been denied.

Kinley is being required by the Navy to commission as an ensign and is not permitted to appeal the decision, which was not explained, Divine Sports and Entertainment, which represents Kinley, said in a statement.

Kinley, a team captain at Navy and class president, signed as an undrafted free agent with the Buccaneers and participated in the team’s rookie minicamp, with the Navy’s permission.

In a statement released Monday afternoon, Kinley said that he has “spent the past week processing my emotions, as it is very difficult to have been this close to achieving a childhood dream and having it taken away from me.” He also said he “hopes that this situation will soon be overturned and that I can get back to competing on the field and representing the U.S. Navy.”

My personal statement regarding the Navy’s denial of my request to delay my service: pic.twitter.com/AsNLEPdF1Z

“As a Naval Academy graduate, football player, and decorated combat veteran I understand Cameron’s commitment,” Divine Sports and Entertainment co-founder Ryan Williams-Jenkins said in the statement. “I also understand there are ways he can fulfill his commitment while representing the Navy and playing professional sports. I played with three-time Super Bowl Champion Joe Cardona, who still serves our country as a Navy reservist. If there is a directive and precedent allowing other service academy athletes to pursue this opportunity, what makes Cameron different? It is important to note that this could have a long-term impact on his mental health going forward. He wants to fulfill both of his childhood dreams, playing in the NFL and honorably serving his country.”

Divine Sports and Entertainment pointed out that players for other service academies have been allowed to forgo their commissions, naming West Point’s Jon Rhattigan, who signed with the Seattle Seahawks, and the Air Force’s Nolan Laufenberg and George Silvanic, who signed with the Denver Broncos and Los Angeles Rams, respectively.

Captain Jereal Dorsey, a spokesman for the acting secretary of the Navy, wrote in a statement: “When students accept admission and continue their education in this program, there is an understanding and acknowledgement that they will upon graduation be commissioned. Every Midshipman attends on the same terms and each has the same responsibility to serve. Exceptions to that commitment to serve have been rightfully rare.

“Following discussions with senior Department of Navy leadership and in accordance with existing Department of Defense policy, acting Secretary of the Navy Thomas W. Harker, declined to forward requests from recent Naval Academy graduates to the Secretary of Defense, seeking to delay their commissions.”

After the Navy’s decision, Kinley, who is from Memphis, wrote a letter last week to Sen. Marsha Blackburn, R-Tennessee, for her help in approaching the Navy to change its decision.

“I am well aware and embrace the commitment that I made to serve when I arrived at the Naval Academy and am not asking to set aside that commitment. Instead, I want to represent my country and the Navy as an NFL player just as other players have been able to do. … If allowed to pursue an opportunity in the NFL, I will use that platform to promote service, respect for the armed services, and show young men that they can succeed in the most demanding professions, no matter their background,” he wrote in the letter.

Kinley graduated from the Naval Academy last week and presented a gift to Vice President Kamala Harris after her speech during the graduation ceremony.

In 2019, then-Secretary of Defense Mark Esper signed a memo under the direction of former President Donald Trump to open the door for athletes at the service academies to delay active-duty military service to play professional sports after they graduate.