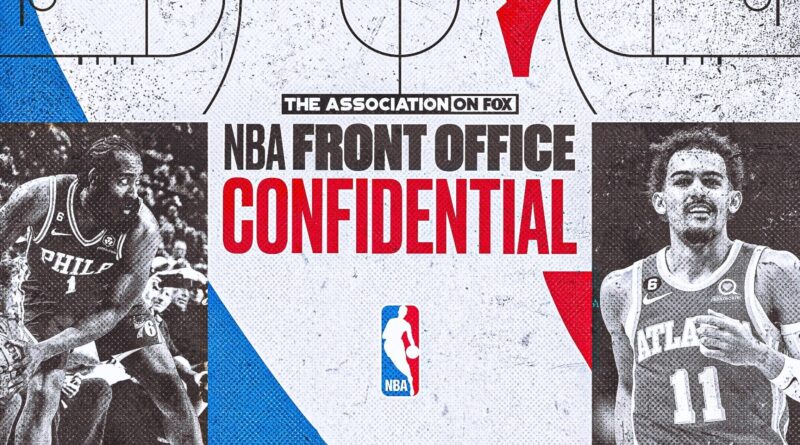 If you’re wondering why, with a seven-game winning streak in hand, a report surfaced — on Christmas Day, no less! — that Philadelphia 76ers guard James Harden is open to returning to Houston to play for the last-place Rockets, you are not alone.

Scouts and GMs are searching for an answer as well. Because Harden actually going back to Houston doesn’t make sense. Obviously not for the 76ers. Nor for the rebuilding Rockets. And certainly not for Harden, after taking a reduced salary this season to allow the Sixers to refortify their roster for a championship run.

“I told (Sixers president of basketball operations) Daryl (Morey) to improve the roster, sign who we needed to sign and give me whatever is left over,” Harden said to Yahoo last summer. “This is how bad I want to win. I want to compete for a championship. That’s all that matters to me at this stage. I’m willing to take less to put us in position to accomplish that.”

To be clear, Harden didn’t completely dismiss the report. He denied knowing where it came from and said he was “very excited” about being in Philadelphia.

And that may be the tell, because as long as he doesn’t outright refute it, the threat that he might leave lives in the mind of whoever was meant to hear it. The two possibilities of who that might be reflects exactly how byzantine business in the NBA can be.

For those who were off the grid last summer, Harden opted out of the last year of his previous contract, which would have paid him $47.4 million to sign a two-year deal, with another player option that pays him $33 million this season. That alone raised questions about whether he did so with the understanding that the Sixers would compensate him in a subsequent deal for the $14 million he’d sacrificed, which could be considered salary-cap circumvention on the part of the Sixers. When a similar agreement was discovered between forward Joe Smith and the Minnesota Timberwolves in 1999, it wound up costing the team four consecutive first-round picks and a $3.5 million fine.

Timberwolves VP of basketball operations Kevin McHale said at the time: “There are eight to 10 teams that do this all the time. They’re just good at it. We’re bad.”

[As LeBron turns 38, his historic brilliance is being wasted by the Lakers]

But if an understanding between Harden and Morey is already in place, why the need to create leverage by threatening to leave? Well, with the 76ers not performing quite as well as expected with the re-signing of Harden and the addition of forward P.J. Tucker on a three-year, $33 million deal, the 76ers may be having some second thoughts about exactly how much they want to invest in the 33-year old injury-riddled guard who already has missed nearly half their games this season.

The question becomes: Who is having those second thoughts? None of the scouts or GMs I spoke to believe anything has changed between Morey and Harden, whose close relationship was forged in Houston when Morey was in charge of the Rockets. Morey acquired Harden, then a sixth man, from the Oklahoma City Thunder in 2012, and helped him become an eight-time All-Star, three-time scoring champ, league MVP and one of the league’s 75 all-time great players.

“The affection is real,” said the Eastern Conference GM.

When Morey left to join the Sixers, Harden shortly thereafter demanded to be traded. He wound up taking a detour to the Brooklyn Nets for 80 games over parts of two seasons, but they were finally reunited at the trade deadline last season in the deal that sent Ben Simmons to Brooklyn. And it wasn’t for lack of trying, league sources say, that Morey wasn’t able to bring him directly to Philadelphia from Houston.

But there’s no indication that the chummy relationship Harden has with Morey extends to Josh Harris, the Sixers’ principal owner. Harris may want to keep Harden but not with the kind of contract Morey promised Harden in order to get him to agree to take less this season.

“It’s a crazy theory,” the Eastern Conference GM admitted, “but it would make sense. Daryl would look bad if he couldn’t make good on whatever he promised James.”

The Rockets, for their part, are open to adding some veteran leadership to their supremely young squad — Eric Gordon and Boban Marjanovic are the only Rockets with more than three years’ experience — and have ample cap space to sign a high-priced free agent. But would Harden be the kind of veteran a team would look to mentor younger players?

And do the Rockets have enough talent that Harden could reasonably expect to compete for a title? Again, the consensus among several scouts and GMs was no. Only if, one Eastern Conference scout said, the Rockets landed Victor Wembanyana in the upcoming draft.

“But a lot of chips would have to fall into just the right places,” the scout said. “And that still doesn’t explain the timing of the report coming out now.”

So, crazy as it might be, no other executive or scout could come up with a better explanation. “Weird on both sides,” one executive said. “Crazy,” said another. “Very odd,” said a scout. “It doesn’t make sense.”

At least not for now.

PALACE INTRIGUE IN ATLANTA: The announcement that Atlanta Hawks team president Travis Schlenk was stepping back into an advisory role earlier this season caught the rest of the league off-guard as much as the Harden news. The only certainty is that no one is buying that Schlenk abruptly decided he wanted a lifestyle change.

One league source said the move was inspired by the souring relationship between Schlenk and both All-Star point guard Trae Young and the team’s director of basketball operations Nick Ressler, son of Hawks principal owner Tony Ressler.

Nick Ressler, Young, and Schlenk’s replacement, GM Landry Fields, are close and committed to building around Young, league sources say. The move to acquire DeJounte Murray from the San Antonio Spurs last summer was engineered by them, not Schlenk, according to those sources.

Another move that has not been reported, a league source says, is that director of scouting Stephen Giles also has been moved aside, and Grant Liffman — a scout hired last summer and Fields’ college roommate — has been promoted, though the exact details of his new role were not known.

Ric Bucher is an NBA writer for FOX Sports. He previously wrote for Bleacher Report, ESPN The Magazine and The Washington Post and has written two books, “Rebound,” on NBA forward Brian Grant’s battle with young onset Parkinson’s, and “Yao: A Life In Two Worlds.” He also has a daily podcast, “On The Ball with Ric Bucher.” Follow him on Twitter @RicBucher.