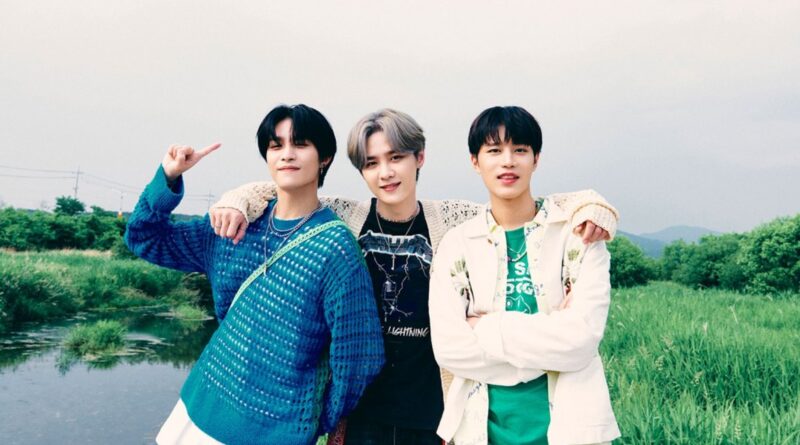 The new single is part of the ongoing “NCT LAB” project to highlight individuals in the 23-member supergroup.

The beauty of having 23 members in a boy band like NCT is the different combinations of talents and members you can showcase through new songs.

That’s the thought process behind “NCT LAB,” the recently launched music-release series from the K-pop supergroup. The latest track “Rain Song” sees TAEIL, KUN and YANGYANG coming together as NCT U for a new English track to highlight their R&B sensibilities and production skills.

“Rain Day” is a soothing, grooving mid-tempo that lets the trio’s harmonies and falsettos take center stage. KUN, the leader of the China-based NCT spin-off group WayV, produced and co-wrote the track marking a moment to spotlight another talent for the singer-songwriter. The accompanying music video sees the guys enjoying summer days and nights together, remaining all smiles even when it starts to rain.

An ambitious boy-band project created by K-pop super label SM Entertainment, the NCT brand has proven itself a reliable contender on the charts. The entire NCT group had landed two entries on the Billboard 200 to date (including the Top 10 entry NCT 2020 Resonance Pt. 1). Meanwhile, NCT 127 has appeared on the Billboard 200 with four albums (2021’s Sticker peaked at No. 3, the highest of any NCT project so far) and NCT DREAM made its first appearance earlier this year with its Glitch Mode album in April.

The NCT LAB project previously featured releases from MARK (with his solo track “Child”), as well a trio featuring MARK, DOYOUNG and HAECHAN (for the song “coNEXTion (Age of Light)” that had NCT member SHOTARO star in its music video).