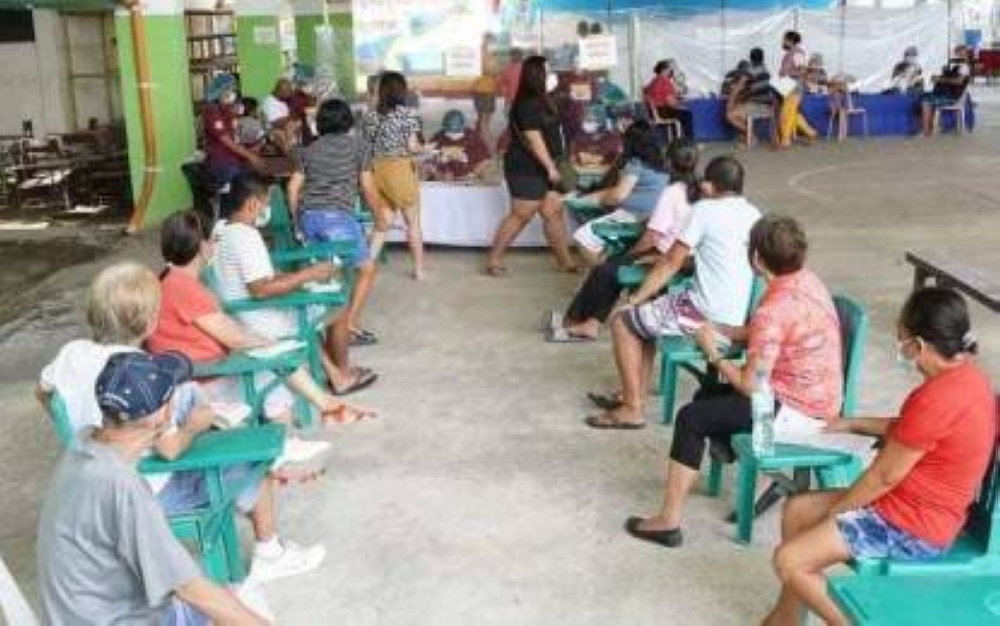 VACCINATION HUB. Residents of Barangay Tangub in Bacolod City line up to get vaccinated against Covid-19 at the covered gym of Villa Esperanza Elementary School on Tuesday (June 22, 2021). It is one of the 26 vaccination sites in identified barangays and clustered areas set up until June 23 for the rollout of 17,000 doses of Sinovac’s CoronaVac jabs deployed by the national government on June 5 and 8. Photo courtesy of Bacolod City PIO

BACOLOD CITY: A total of P34 million in special risk allowance (SRA) has been paid by the national government to health care workers in Negros Occidental.

Still, a Church-based group said they are pushing through with their planned protests over other unreleased allowances and hazard pay.

Tumimbang pointed out specific guidelines were set by the Department of Health (DoH) the SRA should only be paid for hospital personnel directly involved in treating patients with Covid-19.

There are other hospital staff and PHO personnel, however, who are also exposed to Covid-19 patients in their work, he said.

“These are gray areas,” Tumimbang added.

He said they will submit a new claims list to the DoH.

Gov. Eugenio Jose Lacson said he has not received any information that any provincial health workers will join protests against the non-release of the SRA.

“It is going to be a very unfortunate situation if the health workers decide to walk out of their jobs,” Lacson added.

San Carlos Bishop Gerardo Alminaza, chairman of the Church People and Workers Solidarity movement, said they are supporting the protests of the health workers from both private and public hospitals over the DoH’s failure to release their benefits.

Alminaza said the planned mass protests by the Alliance of Health Workers “is just and legitimate in the midst of the government’s failure to listen to the grievances of the health sector, which include nonpayment of meal, transportation and accommodation allowances, special risk allowance and active hazard duty pay.”