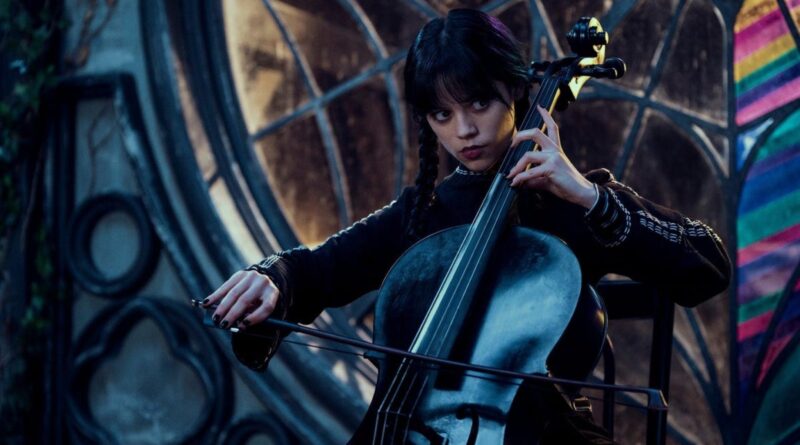 When you think of The Addams Family, odds are the first thing you think of is its theme song: “They’re creepy and they’re kooky/mysterious and spooky, they’re all together ooky/the Addams family,” snap, snap, etc. And so one might think the reveal of the credits sequence for Wednesday, the upcoming Addams-inspired show coming to Netflix, could create that same kind of recognition.

The First Things To Do In VR, Part 3

That’s not the case. No one is snapping at the end of any of this music, which was written by legendary composer Danny Elfman—but it is creepy and kooky in a way the original show was not. Check it out.

Tim Burton, who directs the series, came up with the concept for the credits while Elfman, of course, did the music. Of note though, while Elfman is a longtime collaborator with Burton, he did not do the music for Barry Sonnenfeld’s live-action Addams Family movies (though their releases in 1991 and 1993 were primetime for Elfman, and it feels like he should have). That means this is his first go around with the characters, and it sounds like he’s taking a playful yet sinister tone.

On the show, which debuts on Netflix November 23, Jenna Ortega (Scream) plays Wednesday Addams, a student at Nevermore Academy who attempts to solve a murder mystery involving her parents, Gomez and Morticia, played by Catherine Zeta-Jones and Luis Guzmán. Fred Armisen is Uncle Fester and Isaac Ordonez is Wednesday’s brother, Pugsley. But the show is not about them and they’re each relegated to more of guest star status.

Instead, Wednesday will interact more with people like Principal Larissa Weems, played by Game of Thrones and Star Wars star Gwendoline Christie, and Sheriff Galpin, played by Jamie McShane. And, yes, the iconic and former Wednesday, Christina Ricci, is in on the fun too as Marilyn Thornhill.

And while it’s nice to hear new music from a franchise that’s so defined by it, let’s not forget the best music to ever be part of the Addams Family.

Good luck getting that out of your head. Wednesday debuts November 23 on Netflix.

Want more io9 news? Check out when to expect the latest Marvel,
Star Wars, and Star Trek releases, what’s next for the DC Universe on film and TV, and everything you need to know about James Cameron’s Avatar: The Way of Water.