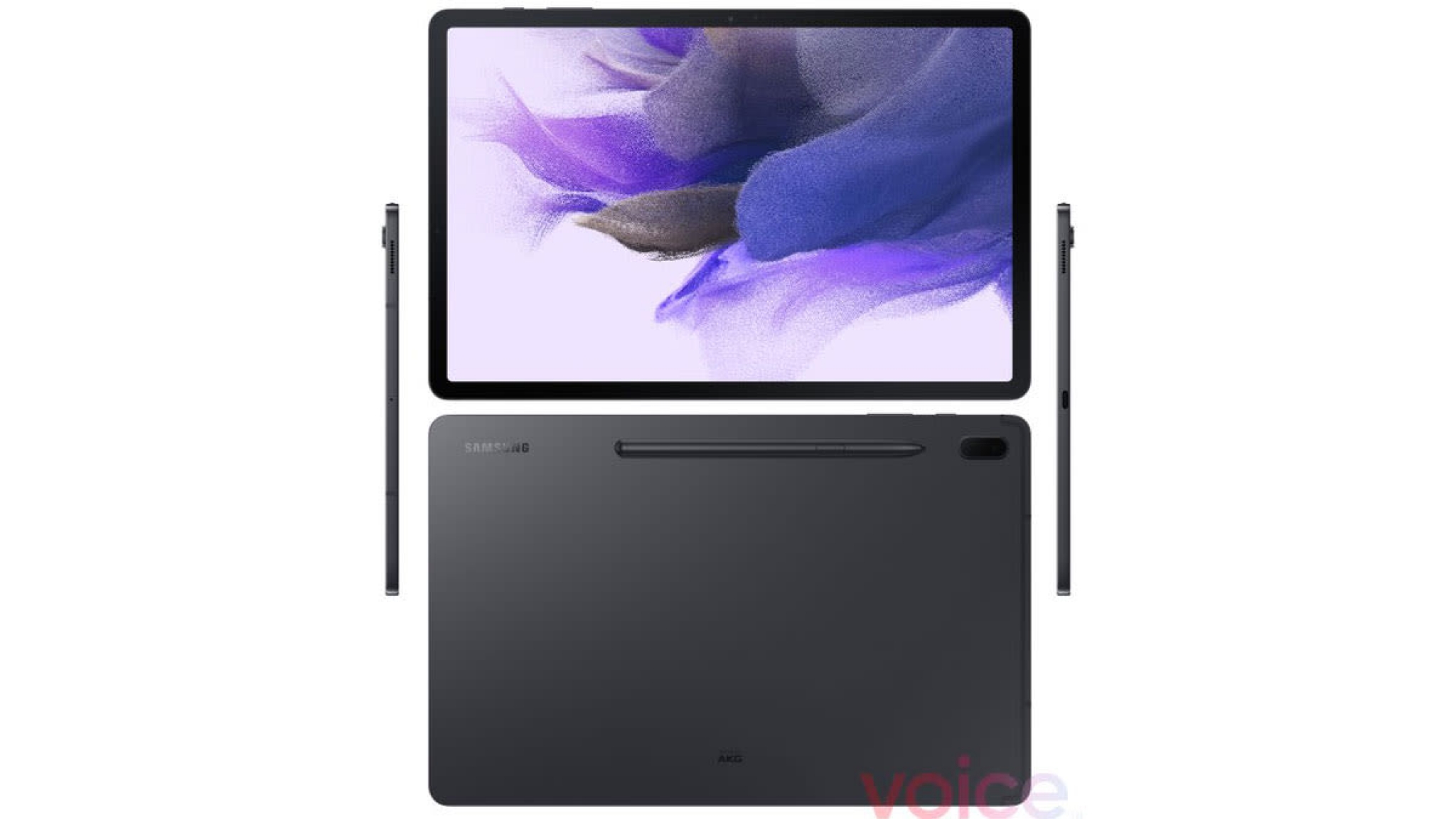 While Samsung isn’t expected to officially announce the Galaxy Tab S7 Lite until sometime in June, new leaked images have seemingly just given us a peek at Samsung’s next tablet a couple of months early.

In what appear to be press renders posted by noted leaker Evan Blass, the Tab S7 Lite appears to share a very similar design to last year’s standard Tab S7, featuring an all-metal body with rounded corners, somewhat boxy sides, and a dual-camera module in back.

Notably, the Tab S7 Lite features a magnetic charging zone on its back for storing and recharging the tablet’s included stylus, along with speakers tuned by AKG. That said, it looks like the Tab S7 Lite only gets dual stereo speakers instead of the more powerful quad speakers Samsung put in the regular Tab S7 and Tab S7+.

Blass claims that Tab S7 Lite will also come with a 12.4-inch LCD display, though there was no mention the Tab S7 Lite will support a high refresh rate display like its more expensive siblings. And like so many recent Samsung gadgets, the Tab S7 Lite should also support 5G connectivity in some fashion thanks to its Qualcomm Snapdragon 750G chip.

Other rumored specs include either 4GB or 6GB of RAM, 128GB of storage, and a large-ish 7,000 mAh battery with 15-watt wired charging. The Tab S7 Lite is expected to be available in four colors (black, green, pink, and silver), with Samsung probably set to make optional cases or detachable keyboard accessories for the tablet as well.

However, the real surprise is that we’re even seeing renders of the device at all, as the Tab S7 Lite is not expected to get officially announced until after Samsung’s next Unpacked event, which is scheduled for April 28.

That means Samsung could still have a few small surprises in store for the Tab S7 Lite, though I wouldn’t hold out for any major changes as the Tab S7 Lite looks like it will be positioned as Samsung’s more affordable but less exciting mid-range slate, with a price tag probably closer to $450 than the $850 Samsung charges for the Tab S7+.