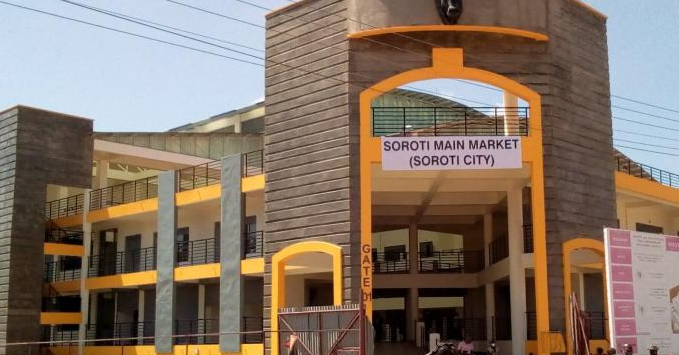 The 27 Billion Shillings market was constructed under the Market and Agricultural Trade Improvement Program Project-2 MATIP-2 with funding from the African Development Bank.

Constructed by TECHNO 3 Uganda Ltd, Soroti Main Market is expected to accommodate at least 2,000 vendors with provisions for corporate businesses like banking, radio stations, and stationery bureaus among others. It has 520 lockups, 288 pitches, and 493 stalls among others.

Soroti Central Market is powered by solar energy for lighting and storage of fresh foods and vegetables to avoid losses caused by constant electricity blackout in the city. The facility is also connected to the solar water pumping system that is independent of the National Water and Sewerage Corporation.

Moses Otimong, the Soroti City Clerk, says that they have been collecting about a quarter of their projected local revenue of two billion shillings because of unreliable revenue sources. He explains that operationalization of Soroti Main Market will be a big boost to the city revenue.

According to Otimong, they expect to collect One Billion Shillings annually from the new market.

According to Soroti City authorities, vendors will occupy the market in December after verification.