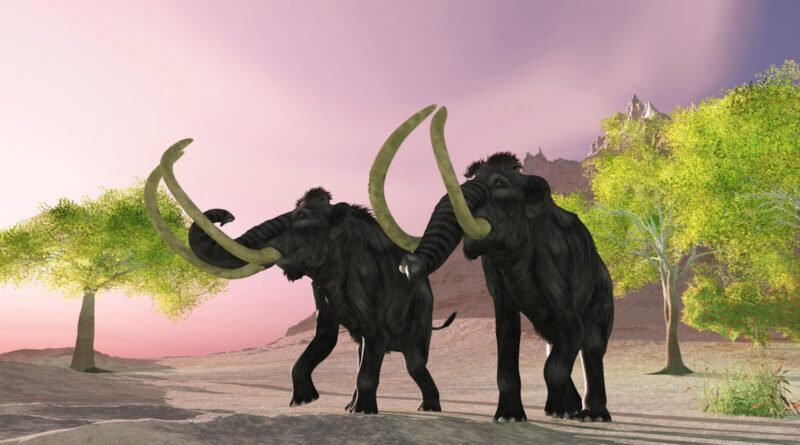 It only takes a day or so of using Mastodon, a decentralized alternative to Elon Musk’s Twitter, for you to conquer the basics. Nearly all of the features one uses daily should be more or less familiar. I’m referring to the bare essentials: publishing and replying to posts, using hashtags, and using tools like bookmarks. But there is one exception that seems to cause endless confusion. For better or worse, using Mastodon to send direct messages is different from what most people are used to.

The First Things To Do In VR, Part 3

Newcomers often ask how to DM properly, and one of the drawbacks of microblogging is that explanations can sometimes be a little too concise. So in service of the half million users who’ve migrated to Mastodon since Elon’s acquisition of Twitter a week and a half ago, I’ve prepared this short, definitive guide to sending and receiving DMs. Follow the steps below and you can avoid mistakes while enjoying a messaging tool that works very well and is actually simple to use, I promise.

How to DM with Mastodon

For this guide, we’re sticking to the web version of Mastodon. There are many, many, many (too many?) apps out there that allow you to access the social network, but knowing how to DM from the web-based version of it should help take care of the rest.

To start, there are two ways to send a direct message. The first should be pretty familiar: You head over to someone’s profile and click the three little dots that reveal a drop-down menu, and from there click “Direct message.” (Unlike Twitter, this option is also available from the drop-down menu on any post.)

And here’s where most people seem to get confused. When you DM someone on Twitter, it opens up this special folder that makes it abundantly clear the message you’re typing is a DM. Mastodon doesn’t do this. When you click the DM button on Mastodon, it sends you to the same text box that you’d normally to type posts for everyone to see.

The only difference between a direct message and a public post — or a post only visible to the people following you — is a visibility setting. (Please note that I did not use the word “privacy” here.) You toggle this setting one way, and the post becomes a DM; you toggle it the other, and everyone on the app can see it.

This may seem like a really unfortunate setup, but the truth is that it’s just more honest. Social media is a very bad place to have sensitive conversations. And while Twitter’s setup seems aimed at convincing people that their DMs are private, that’s obviously not the case. A few weeks ago, an exorbitantly rich man bought access to every DM on that app. He’s free to read them at his own leisure. Those messages don’t belong to you. They belong to him and whoever he chooses to share them with.

By contrast, when you try to send a DM with Mastodon, it immediately hits you with a warning: “Posts on Mastodon are not end-to-end encrypted. Do not share any sensitive information over Mastodon.” It is actually encouraging you to think of direct messages differently. That is, not as a private form of communication, but rather as a courtesy to your followers. You’re communicating with another user directly because the information is simply of no value to anyone else, and there’s no reason to flood other people’s timelines with all of your irrelevancies.

With that in mind, how do you ensure that a post is seen only by an intended recipient?

Once you click “Direct message” in the little drop-down menu, the recipient’s handle will appear in the box. Type your message after it. That’s basically it. There’s a simple way to know — for sure — that this message is a DM and not a public post: Look for the “@” symbol. (Again, this is just for using Mastodon through a web browser. Other Mastodon apps may use different symbols, and I cannot account for that here.)

As shown in the screenshot above, the “@” symbol indicates that whatever you type will only been seen by people whose username are included in the message. Yes, that means if you add another person’s username to the message, that person will also be able to read it. This is very different from Twitter, which allows you to DM someone and include the handle of a second person without that second person knowing. Keep that in mind.

Again, as long as you see the “@” there, you should be good to go. When you click the “Toot” button, the post will be sent as a DM and be invisible to anyone who is not directly mentioned.

How to DM with Mastodon: Method number two

Method number two is exactly like method number one, except you skip using that drop-down menu and simply start writing a DM. Instead, just manually do all of the things that happen when you click the DM button (indicated by the red arrows in the screenshot below).

Typing the handle in is self-explanatory. Although, note that as you start typing, suggestions will appear below, so you don’t have to remember every letter of every handle yourself.

Usually the visibility settings are set to “Public” by default, denoted by a little pictograph of a globe. To change this — as shown in the screenshot above — click the globe and a drop-down menu appears with four options. Choose the bottom one with the “@” symbol instead, which reads: “Mentioned people only.” So long as the “@” symbol appears on the bar below the text box, that message is a DM. It will only be seen by people whose handles are included.

Another useful tip: If you include multiple handles, the message becomes a group DM.

There are a few other things worth knowing: One is that I sort of lied—there is actually a special folder for DMs. On the screenshot above, notice there’s a “Direct messages” option on the right-hand menu. Every DM you send or receive will appear on that page. It’s just that, while you can send DMs from that page too, like everywhere else, the visibility settings are usually “public” by default.

Conversely, whenever you receive a DM and reply to it, it should automatically reply as a DM in turn. Just double check the settings.

How to DM with Mastodon: Advanced DMing

There’s one more way to view and respond to DMs. Just look at your notifications. Unlike Twitter, DMs will also appear here, as shown in the screenshot below. (There’s that “@” symbol again.)

Notifications on Mastodon are far more customizable than they are on Twitter. In the top right corner of the screenshot above, you’ll find a “settings” button. Click it and a drop down menu will open that allows you to turn sounds off (highly recommend), as well as decide what types of notifications you see. You may wish, for instance, to turn off “favorites” since those can really clog up the feed. Additionally, this is where you can enable desktop notifications.

These settings are all fun to play around with, but the one thing you should definitely do is enable the “Display all categories.” What this does is create different columns for each type of notification, allowing you to view mentions, favorites, boosts, follows and updates from people you follow all separately. It’s an incredibly useful feature that a lot of people seem not to notice for a while.

The last thing to know is that, as Mastodon itself warns, DMs are not end-to-end encrypted. (For that matter, neither are Twitter’s.) While it may not be necessary easy for an admin to read your DMs, it is certainly possible. To reiterate: Social media is not the place to have sensitive conversations. You do not have privacy there. There is an app for that, however — it’s called Signal. Drake loves it.

For more help, check out Gizmodo’s primer How to Join Mastodon, the Ad-Free Social Network Billionaires Can’t Buy, Fedi.Tips, an unofficial guide to the Fediverse, or An Increasingly Less-Brief Guide to Mastodon.