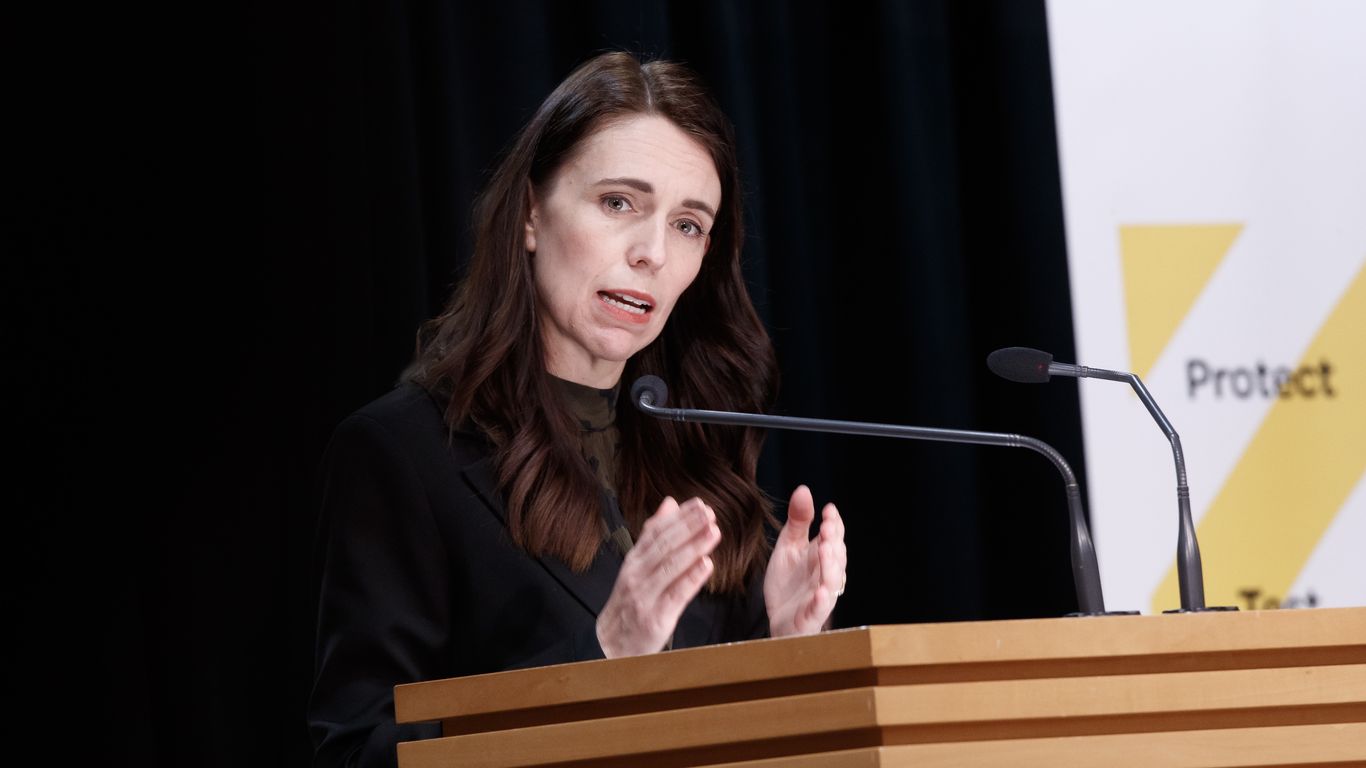 Why it matters: Under the new COVID-19 Protection Framework, businesses must require vaccine certificates from customers if they’re in close contact with them. Ardern said at a briefing Tuesday that such venues wishing to operate, including hair salons, bars, restaurants and gyms, must ensure staff are vaccinated.

Of note: NZ is phasing out its pandemic elimination strategy, which proved successful before the arrival of the Delta variant in August.

A tweet previously embedded here has been deleted or was tweeted from an account that has been suspended or deleted.

By the numbers: New Zealand’s outbreak has grown to 1,209 community cases as of Tuesday, the vast majority in Auckland.

The big picture: Auckland and COVID-19-affected parts of the Waikato region are under level 3 of NZ’s four-tier restrictions, set under the elimination strategy. Nonessential businesses that have close contact with customers remain closed.

What she’s saying: “With the new traffic light system, businesses we previously treated as high risk like hospitality, hairdressers and gyms can operate at all levels if they ask customers for a vaccine certificate,” Ardern said at the briefing of the threat these venues posed to the spread of the virus.

“If customers must be vaccinated, then so too must the workers.”

Threat level: COVID-19 modeler Professor Michael Plank, of NZ’s University of Canterbury, said in a statement after the traffic light system was announced last week that the “red” setting “may not be enough to control a large outbreak that was threatening healthcare systems.”

Between the lines: Vaccination rates of Māori and Pacific Islanders have been lower than the general population. But these populations are younger, so the rates have been rising as the rollout continues.

Editor’s note: This article has been updated with comment from Jones and further context.