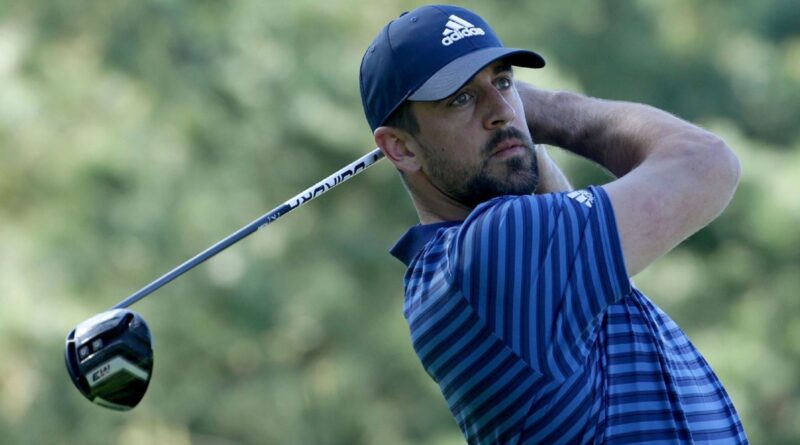 NFL quarterbacks Tom Brady and Aaron Rodgers will face off against Patrick Mahomes and Josh Allen in Capital One’s The Match on June 1 on TNT.

The four quarterbacks participated in a media event Wednesday, and they showed a glimpse of what fans might expect on the television broadcast of the 12-hole exhibition that seemingly will feature a ton of trash talk.

Brady and Rodgers were paired against each other in the previous event, with Brady partnered with Phil Mickelson and Rodgers with Bryson DeChambeau. The two are now tasked with taking on the younger quarterback duo in what is being billed as experience versus youth.

“I know they tried to make it old guys versus young guys, but I said it when we were doing our chipping [contest] that they showed yesterday,” Rodgers said. “I said, ‘Who thought about this, you want to put the two best guys against the two worst guys?’ And that’s not just conjecture, that’s, like, facts.”

Rodgers admitted that his previous partner, DeChambeau, came prepared with too many premeditated jokes and that Mickelson’s jabs didn’t land, but he said it would be different this time around.

“When we started [in the NFL], definitely when [Brady] started and when I started playing, there was actual, real trash talk. Like, guys trash-talked each other and there was a lot of good s— talk, and we knew who they were around the league,” Rodgers said. “And now, it’s more buddy-buddy, you know, social media following each other, memes, this emoji s—, and it’s not the same. So, when you talk about Kermit the Frog [Mahomes, per memes] and Josh [Allen] trying to s— talk me and Tom, a couple old-school, grizzled vets. Come on.”

Rodgers said the two had better get some comedians to help write some material, but Allen had already mentioned that he thinks Brady will have a team of writers to help him out on the course.

When Brady heard Allen’s remarks and was asked about them, he smiled and immediately had a comeback without any help from any writers or anyone else.

“I will come prepared like I always do to everything, and you know, it’s different, golf s— talk’s a little different than pro football s— talk,” Brady said. “Usually, pro football s— talk is, you usually have to back that up. Josh really hasn’t backed up much on the football field in his career, let’s be honest, especially playing against me.

“I would just say it’s going to look like what it’s looked like for a long time against him, and Patrick, although he’s played a lot of great games, he didn’t really win the important ones. He has won a few of the other ones, but not the really important ones.”

By the sounds of how all four quarterbacks were talking, none has had much time to take golf seriously in the offseason. Mahomes mentioned he has received some tips from a professional and Allen has taken some lessons, but no one felt as though they would carry their team.

Allen and Mahomes are hoping that their youth and physical condition will help pull them through in the end. They’re also counting on the fact that their friendship will factor into their teamwork on the course. Allen believes that ego could come into play for their competition and that we might see that play out during the match.

“I think it’s a situation where, me and Pat don’t care who makes the putt, who hits the drive,” Allen said. “We want the ball to go in before their [ball] does. Where I think they want, respectively their own selves to make the putt and make the drive, and I don’t think they’re going to be playing off each other very well.”

Brady is 0-2 in these events, but he and Rodgers have the experience and know what to expect. Putting age against youth, whether the actual golf will be worthy of a television broadcast is yet to be seen, but if the pre-round trash talk is any indication of what’s to come, there will be plenty to watch during the match.