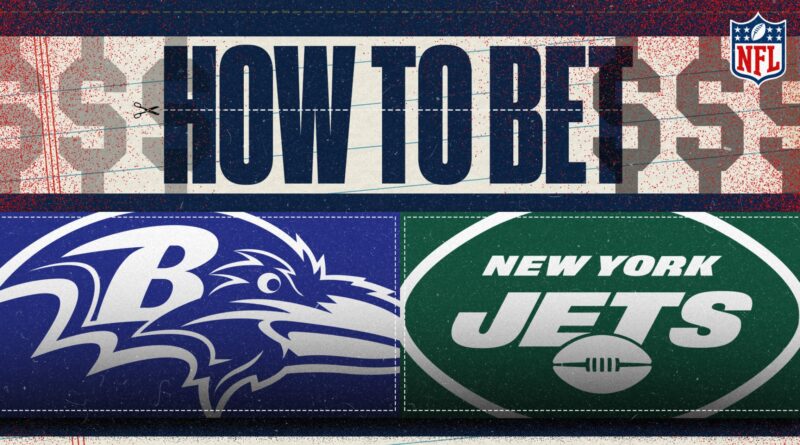 The Baltimore Ravens at New York Jets game Sunday matches a team that has won a record 23 consecutive preseason games against a squad that drew noticeable action to win Super Bowl LVII despite finishing 4-13 last season.

The Ravens feature quarterback Lamar Jackson, the NFL MVP for the 2019 season. The Jets have Zach Wilson, who drew betting interest to win MVP this season but is out for the opener after having arthroscopic surgery to repair a torn meniscus in his right knee.

Here’s everything you need from a betting perspective on the Ravens-Jets game, from the point spread, moneyline and total over/under (odds via FOX Bet):

NFL Hall of Famer Steve Young was critical of the Baltimore Ravens when discussing Lamar Jackson and his contract negotiations.

The Ravens did not cover the spread last season (0-4 ATS) when playing as at least 7-point favorites.

As underdogs of 7 points or more, the Jets went 3-5 ATS last season.

The Ravens lead the all-time series 9-2.

The emergence of Ravens rookie tight end Isaiah Likely this preseason was extremely fun. He was a fourth-round pick out of Coastal Carolina this offseason and popped in games captained by Tyler Huntley as Lamar Jackson did not play this preseason.

He caught all 12 targets thrown his way in the two games he played, averaging 12.0 YPC and delivering +0.96 EPA per target while hauling in one touchdown.

For most fans around the league thinking about the Ravens in 2022, however, Likely is an afterthought. At least the Ravens have a decent backup for Mark Andrews, they might think.

And yes, based on how the Ravens used their tight ends the past two seasons, I can see why fans might think along these lines.

Let’s examine the usage rate of 2+ TE sets for the Ravens the past two seasons (on early downs in quarters 1-3):

But guess what? This usage wasn’t by design, but because they didn’t have a capable enough tight end.

In 2019, Jackson set records. Jackson won the MVP unanimously, threw a career-high 36 TDs in 15 games, completed a career-high 66% of passes and posted an insane 9.0% touchdown rate.

That’s over 50% of offensive snaps.

And check out Jackson’s splits on these early downs in quarters 1-3:

He was solid with only 1 TE. He was spectacular with 2+ TEs.

But the Ravens lost TE Hayden Hurst in free agency before the 2020 season, and they didn’t replace him. They counted on TE Nick Boyle to play even more, but Boyle wasn’t the receiving threat that Hurst was. Then Boyle went down with an injury and was lost midway through the season. In 2021, the Ravens traded for TE Josh Oliver, but he disappointed and barely played. And then Boyle went down again with an injury and was lost for the vast majority of the season.

And even when the Ravens had 2+ TEs on the field, they were terrible because the TEs beyond Andrews were not capable receiving threats.

Compare Jackson’s efficiency on passes with multiple TEs on the field to what he did in 2019:

Per the evidence, this was a monumental drop in efficiency, even in rare situations when the Ravens often had two tight ends on the field.

With a true receiving threat in Likely available this season, I think this is a big deal for the Ravens in 2022.

Far more significant than anyone else is discussing.

Andrews said he believes Likely will “shock the world” and complimented the rookie’s ability to win one-on-ones and find zones, thanks to his feel for the game.

Thanks to Likely’s talent, Baltimore not only might double the rate of 2+ TE sets from the past two years, but the efficiency from these sets also has the potential to skyrocket.

It would be difficult for Jackson to reproduce his insane results from the 2019 season, but there is no doubt a spike in efficiency from having another TE on the field coupled with more snaps from 2+ TE sets could do wonders for the Ravens’ passing attack in 2022.

In Week 1, the Ravens take on the Jets. Last year, no defense allowed more yards against 2+ TE sets than the Jets. They allowed the most YPA (9.2) and ranked 29th in success rate allowed and 26th in EPA/att allowed on the 121 dropbacks they defended vs. 2+ TE sets.

While not your standard advantage teaser, which passes through both the 3 and 7, teasing the Ravens down from -7 to -1 is an appealing option given the history of John Harbaugh in Week 1 games.

His Ravens are 10-4 SU and ATS in Week 1 since he became coach in 2008. And no team has covered more games in Week 1 since 2008 than his Ravens. They are 5-1 SU and ATS since 2016, with the lone loss coming in overtime last year against the Raiders. A game in which the Ravens never trailed at any point in regulation and led after the first quarter, second quarter and third quarter, but lost 33-27 in overtime.