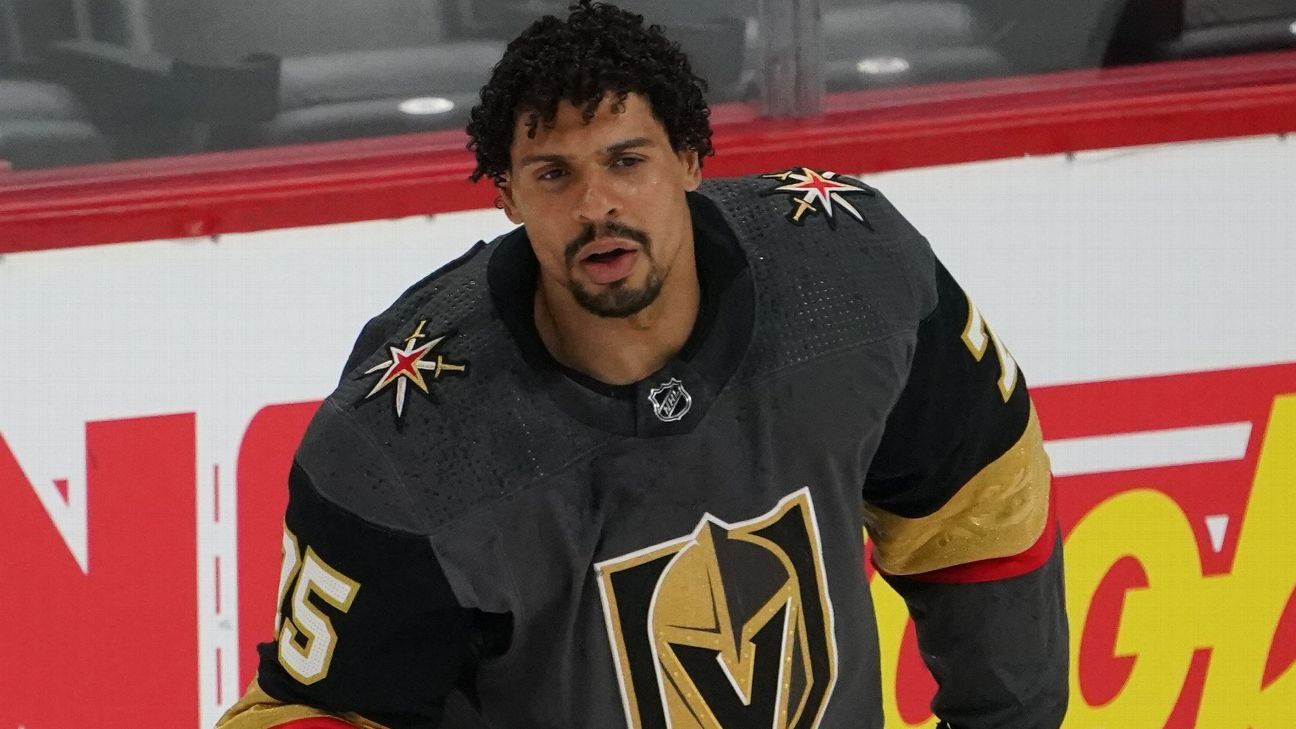 The incident occurred during the Golden Knights’ 7-1 loss in Game 1 of their second-round playoff series Sunday, and prompted a hearing with the league’s player safety department Monday. Reaves drew a match penalty for attempting to injure an opponent — Graves — at 8:04 of the third period in a skirmish-filled game.

Prior to the announcement of the suspension, Vegas coach Peter DeBoer — in his off-day media availability — stuck up for Reaves, who avoided punishment for a hit from behind in a Game 7 win over Minnesota on Friday that sent Ryan Suter’s face into the goalpost.

“For me, Ryan is one of the cleanest tough guys I’ve seen in the league in my 12, 13 years,” DeBoer said of Reaves, as his team tries to regroup for Game 2 on Wednesday. “He’s consistently a clean, physical player.”

The Avalanche weren’t thrilled with the play on Graves, who was thrown to the ice as his helmet rolled away. Graves stayed down as trainers tended to him while skirmishes were going on all around.

“Graves is down in a vulnerable position, and he just stays on top of him and obviously hits him,” Avalanche coach Jared Bednar said. “So I didn’t like the play. But [DeBoer] knows his player. I guess I don’t think that [Reaves] is out there trying to injure people on purpose. He’s just got a ruggedness to his game.

“In that situation in the game, I just didn’t like it that much.”

Same went for Avalanche captain Gabriel Landeskog, who quipped after Sunday’s rout: “Reaves is on a mission to hurt somebody in the third and that’s what he goes out and does.”

“I do know a couple of things: His gloves never came off, nobody was hurt on the play,” DeBoer said. “Whether they’re going to look at what’s between the lines there, and think that there’s something there that maybe I don’t see, that’s their department, not mine.”

The Golden Knights weren’t pleased with a chest-high hit Graves delivered on center Mattias Janmark near the boards in the second period. Janmark didn’t return, and DeBoer had no update Monday.

“That’s tough to watch,” DeBoer said after the game. “A defenseless player, one of your teammates getting hit like that, it’s hard not to carry that emotion through the rest of the game.”

The lopsided nature of Game 1 was a surprise given the two teams were so evenly matched during the regular season. They tied for the most points in the league, but the Avalanche earned the Presidents’ Trophy — along with home-ice advantage in the postseason — by virtue of a tiebreaker (more regulation wins).

Fatigue might have played a factor. The Golden Knights had one day off following a grueling first-round series with Minnesota. Meanwhile, the Avalanche had nearly a week off after a four-game sweep of St. Louis.

Colorado showed off its early speed in jumping out to a 5-0 lead on goaltender Robin Lehner, who was the surprise starter. Marc-Andre Fleury is expected back in goal Wednesday. Fleury played in all seven games against the Wild and posted a 1.71 goals-against average.

After rewatching the footage, DeBoer noted: “It wasn’t all bad, as ridiculous as that sounds when you look at the box score.

“We’re deep enough into the season that we know what our good game looks like. We know what we have to get to, and it’s a matter of getting back to it.”

The difference in this round is that they’re not facing the Wild. The Avalanche are now 5-0 in the postseason and have scored at least four goals in each game.