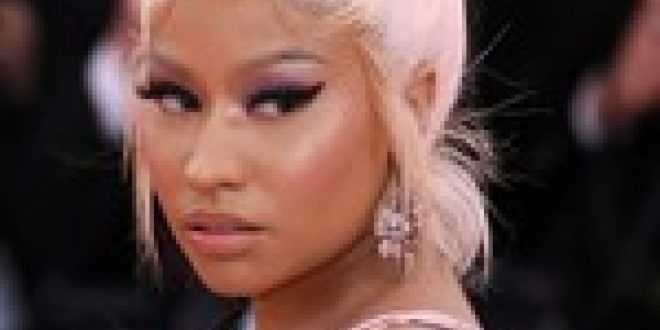 Nicki Minaj Opens Up About Her Father’s Death: ‘May His Soul Rest in Paradise’

Minaj, who re-released her 2009 Beam Me Up Scotty mixtape on Friday (May 14) to streaming services with a handful of bonus tracks, also told Barbz that while she was finishing her new album and HBO Max documentary, she obsessed over The Crown after writer-producer Kenya Barris recommended it. “It’s safe to say that I’ve watched every single episode of every single season at least 5 times each,” she wrote, shouting out actress Claire Foy’s “perfect” face.

Also on her watch list? The film version of Ma Rainey’s Black Bottom, which she called “one of the best pieces of work I’ve had the pleasure of viewing in a really long time. GENIUS!!!! With a capital everything!!!!”

She called the late star Chadwick Boseman’s performance “just exceptionally layered & riveting. His acting knows no bounds.” The letter also revealed that since her pregnancy last year, she cannot stop eating ice cream and is now up to “about 20 cups per day. I eat them out of the red plastic cups. The cups must always be stacked in two. ‘Double cup love, you the one I lean on.’ Lol.”

As for her son, whom she refers to as “Papa Bear,” Nicki said every day is full of something new and fascinating with some “magical memory that I hide far away into a little cute compartment of my heart; vowing never to forget any of it. Like. He’s just a cute liddo marshmallow. I can’t take it.” Bear’s favorite movie so far is Madagascar (Escape 2 Africa), which he just can’t stop watching, by the way.

The note ended with Minaj telling fans that she can’t wait to share “these new vibez wit yall. It’s so important to always go back to basics for me. This world of smoke & mirrors can blind you. Be careful. Always important to step back & just really observe.” Her final thought was on the passing of legendary Yonkers MC DMX, which she said hit her “like a ton of bricks. Losing him felt like losing someone I grew up with. I adored him. Blessings to his family.”