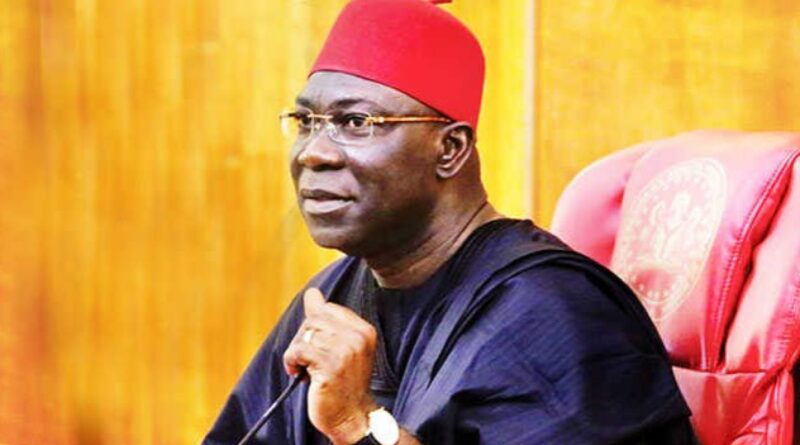 The court further argued the flight risk especially because Mr Ekweremadu is a passport holder of two other countries aside from Nigeria and could flee to either of these countries.

The Central Criminal Court in London has again denied Nigerian lawmaker Ike Ekweremadu bail, insisting he is a flight risk.

At the pre-trial hearing on Tuesday, the court, also known as Old Baileys, according to PUNCH newspaper, cited the letter and assets forfeiture proceedings against the senator by the Economic and Financial Crimes Commission.

Mr Ekweremadu’s lawyer in the bail application argued that the Nigerian High Commissioner to the United Kingdom and the Nigeria’s Attorney-General had written to the court saying the former deputy senate president is not a flight risk.

His lawyers also told the court that they would produce him should he pose a flight risk and that the Nigeria High Commission in the UK had equally given the option of tagging Mr Ekweremadu electronically to monitor his movement.

The court however ruled he was a flight risk especially because Mr Ekweremadu, a former deputy president of Nigeria’s Senate, is a passport holder of two other countries aside from Nigeria and could flee to either of these countries.

According to Mr Ekweremadu’s lawyer, his client who has now spent six months in custody, is a caring and responsible father and could not escape from London, abandoning his wife and sick daughter.

The defense told the court that they had sureties and securities of nearly half a million pounds sterling from 11 people to secure Mr Ekweremadu’s release on bail.

“I am entirely satisfied there remains a flight risk … the trial is just over a month away,” PUNCH quoted the judge as saying.

The hearing of Mr Ekweremadu’s case will commence on 31 January, 2023.

PREMIUM TIMES had earlier reported how the police arrested and charged the couple with conspiracy to harvest the organs of a ‘boy’ brought to London by them.

According to the prosecutors, the couple has a daughter who has a kidney-related disease and has been on dialysis for quite some time. They added that they believe the plan was to use an organ from the boy on their daughter who appears to need a kidney transplant.

A UK court later ruled that the boy in question, David Nwamni, is not a minor.

The court in July granted bail to Mrs Ekweremadu on stringent conditions but denied bail to her husband, Mr Ekweremadu.

Obinna Obeta, a Nigerian doctor practising in the UK, is also being charged with plotting with the Ekweremadus to traffic a man into the UK to harvest a kidney for their daughter.