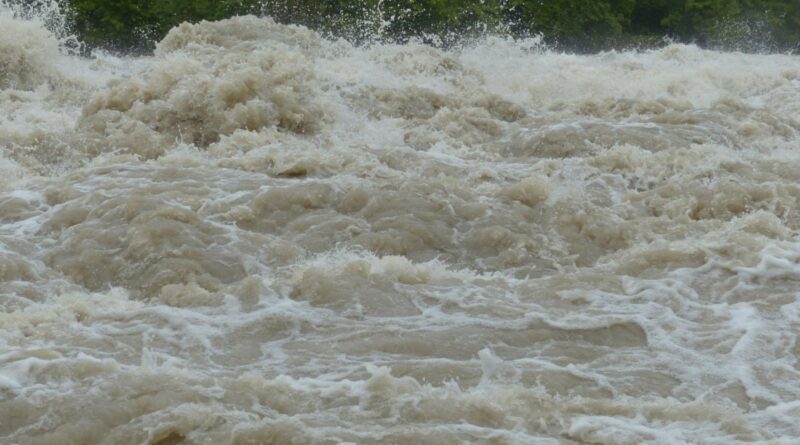 There has been severe flooding in Nigeria – the worst in a decade. Earlier this month, Nigeria’s National Emergency Management Agency warned of catastrophic flooding for states located along the courses of the Niger and Benue rivers. It noted that three of Nigeria’s reservoirs were expected to overflow. The agency said the release of excess water from a dam in neighbouring Cameroon had contributed to the flooding. Olayinka Ogunkoya unpacks Nigeria’s mismanagement of its dams.

What impact does poor dam management have on flooding in Nigeria?

The operations management of dams and reservoirs depends on what purpose the dam was built for. If a dam was built for water supply, irrigation or hydro-electric power, the aim would be to keep the dam as close to full pool capacity as possible so as to maximise resource availability.

If the dam was constructed for flood control, then the aim would be to de-water the reservoir before the flood season. This is why flood control reservoirs and dams have temporary reservoir storage space for storing spate flow to alleviate downstream flood damage.

The water is subsequently released downstream at rates that will not create flood conditions.

Most dams serve multiple purposes. For example, the dams on the River Niger, Kainji and Jebba, and its tributaries, Shiroro and Zungeru on the River Kaduna; and those on the tributaries of the River Benue – Dadin Kowa and Kiri on the River Gongola, and Kashimbila on the River Katsina Ala – were built for hydro-electric power generation, fisheries and flood control.

Managing reservoirs for flood control requires keeping the maximum possible empty space before the flood season. Water storage is required for the remaining objectives of water supply, irrigation and hydropower.

In the Nigerian situation, hydropower generation dominates the functions of many large dams. This means that the management of reservoirs would focus on keeping the level at full pool.

This runs against the grain of what’s needed for flood control. If there’s no storage space then incoming flood waters won’t be contained.

What measures should be in place to avert flooding?

Nigeria needs to create structures along the River Benue and its tributaries that will serve primarily for flood control, and secondarily for hydro-electric power.

Given the lack of resources, it would be difficult to build dams for only flood control. Efforts should therefore be made towards the realisation of 1970s plans for the construction of large hydropower dams at Makurdi, Lokoja and Onitsha. These dams, apart from supplying electricity (3300 MW), would have significant flood control and mitigation capability.

A few more dams could be constructed upstream of Makurdi on River Benue. One is the Dasin Hausa Dam. This has been designed to detain excess spillage from the Lagdo Dam, and also generate 300 MW, irrigate 150,000 hectares, and make it possible to navigate the River Benue all year.

Many flood control dams and reservoirs should be built along the tributaries of River Benue since these are also high-discharge rivers and contribute to the flooding potential of their principal.

Flood control structures provide for temporary storage of flood waters upstream so that downstream areas are protected against inundation. The flood waters are gradually released when the threat of flooding has declined.

Secondly, urban and settlement growth involving building on lower lying areas that receive runoff should be zoned off unless the areas are reclaimed and significantly elevated.

How can affected communities be better protected?

Abatement measures. These involve enforcing policies and the construction of structures that inhibit flooding – or at the least significantly reduce its impact. Such measures include zoning regulation, catchment afforestation, desilting of channels, and construction of flood control reservoirs.

Protection measures should also be taken. These include strengthening the natural levees or construction of artificial levees (flood embankments). A levee is a “dike” along the banks of a river formed by sediments deposited during flood events. The crest of the levee is higher than the floodplain, and thus protects the floodplain from inundation or flooding where the levee is sturdy.

Flood embankments or artificial levees are usually built of alluvial material dug out of pits on site. Other types of embankments are flood walls made of reinforced concrete, sheet pile and masonry.

During exceptionally severe flood events, embankments may be gradually increased in height, for instance by sand-bagging, to prevent them from being overtopped and damaged. However, flood embankments can have a number of negative effects. They can:

What can Nigeria do to make better use of its dams?

Large dams in Nigeria are fully owned by the government. The states and federal governments can make better use of their dams by ensuring that the dam structure, reservoir and related equipment and canals are maintained properly.

Currently, most plants and equipment have broken down or are functioning well below installed capacity. This is because dam management doesn’t adhere to operation manuals.

Many dams in south-western Nigeria have been so neglected that mature trees are growing on their faces.

All dam projects under construction must be urgently completed. There are dams uncompleted since the 1980s.

A main challenge in Nigeria is policy discontinuity by successive governments. The result is the accumulation of abandoned projects in all spheres of national development: dam, power, water supply and irrigation, steel industry and roads.

It appears it is yet to be appreciated that government is a continuity, whether it is the green or red party that is in control, and all projects initiated by the previous administration have to be completed by succeeding administrations.