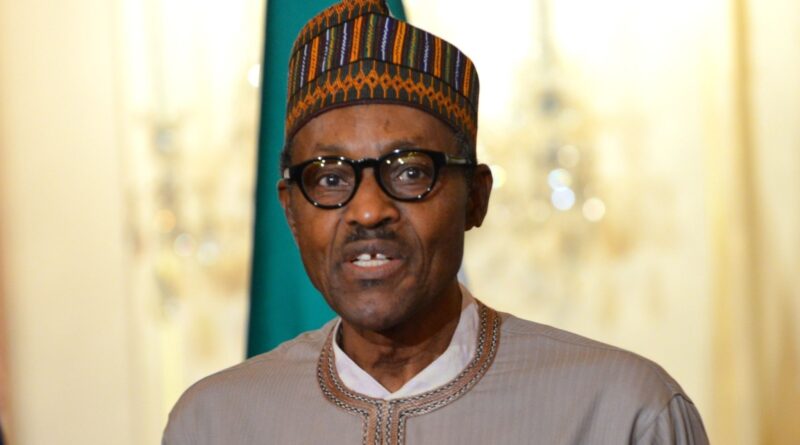 The Deputy President of the Senate and Delta APC Governorship Candidate, Ovie Omo-Agege, has felicitated President Muhammadu Buhari as he celebrates his 80th birthday.

In a congratulatory message personally signed by him, the Delta Central lawmaker extolled the president’s contribution to the nation’s growth and development.

He pointed out that Mr Buhari will continue to remain a reference point in Nigerian politics because of his selfless and humane nature, stressing that the current administration is committed to finishing strong.

“Mr President, your purposeful leadership, anti-corruption stance, commitment to the cause of the masses, personal integrity and commitment to people-oriented policies and programmes have endeared you to millions of citizens both here and in the Diaspora.

“It didn’t come as a surprise to us that President Joe Biden of the United States invited you to the US-Africa Leaders Summit and lauded your efforts in deepening democracy not only in Nigeria, but also in Africa.

“On behalf of the people of Delta Central Senatorial District, I send my felicitations and best wishes and thank you for your selfless service to humanity and the nation as you mark your 80th birthday,” he said.

Also, the Speaker of the House of Representatives, Femi Gbajabiamila, congratulated Mr Buhari on his 80th birthday.

This is contained in a statement by Lanre Lasisi, Special Adviser on Media and Publicity to the speaker.

Mr Gbajabiamila described Mr Buhari as a “beacon of hope”.

The Speaker eulogised the president, noting that his footprints would remain indelible on the sands of time.

He recognised that Mr Buhari had made sacrifices for Nigeria and Nigerians over the years, especially in the last seven and a half years of his stewardship as the democratically elected president twice.

Mr Buhari, Mr Gbajabiamila added, would be remembered as the Nigerian leader who brought infrastructure development closer to the people.

He said Mr Buhari’s democratic credentials were uncommon, adding that the president allowed democratic institutions to operate unhindered, which he said, was the hallmark of democracy.

“Attaining the age of 80 is a milestone, especially when one uses a large chunk of that in service to humanity. That is the case with our President.

“President Buhari has provided democratic direction and redefined democracy in the Nigerian context in the last seven and half years.

“I join millions of our compatriots to wish the President a happy 80th birthday. I pray that the Almighty Allah will continue to guide and protect our President and grant him more wisdom,” Mr Gbajabiamila said.

Chairman of the Forum and Governor of Niger State, Abubakar Sani-Bello, in a statement in Minna on Thursday, described the president as a legend and a man of integrity who is not only patriotic to ensure the development of the nation but also to secure the future of the younger generation.

Mr Bello noted that the president had demonstrated leadership capacity despite global challenges confronting many nations, including Nigeria.

He said the impactful initiatives and the execution of projects across the six geo-political zones of the country by president, irrespective of his political leaning and other considerations, speak volumes of his penchant for fairness and justice.

The forum chairman said that the unrelenting efforts of the president to ensure that banditry activities in the North-central zone was substantially addressed is highly commendable.

The governor wishes the president more years in good health and wisdom to continue to deliver dividends of democracy to the people.