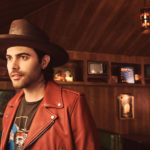 Niko Moon Tops Hot Country Songs With ‘Good Time’: ‘This Has Been a Dream of Mine’

“I want to give a big, big thank-you to everyone who has believed in me and believed in ‘Good Time’,” Moon tells Billboard. “I also want to thank country radio and streaming platforms for allowing me to connect with all of their amazing country music fans. This first No. 1 has been a dream of mine for a really long time. I love connecting with people and I’ve always wanted to be able to do it with country music and y’all have made that possible. From the bottom of my heart, thank you all!”

Moon’s simultaneous takeover atop Hot Country Songs and Country Airplay marks the second within two months, since Luke Combs’ “Better Together” hit the summit of both charts dated Feb. 6. Among debut singles, Moon achieves the first such twofer since Nov. 15, 2014, when Sam Hunt’s “Leave the Night” topped both tallies.

Moon, from Tyler, Texas, initially achieved success as a songwriter and producer before being signed to RCA Nashville as a recording artist in 2019. He has co-penned three Zac Brown Band Country Airplay No. 1s: “Keep Me in Mind” (2011), “Homegrown” and “Loving You Easy” (both 2015).

‘ONES’ IS 10 Gabby Barrett notches her second career-opening Country Airplay top 10 as “The Good Ones” rises 11-9 (13.4 million impressions, up 8%).The song, which Barrett co-wrote, follows her launch crossover hit “I Hope,” which led Country Airplay for a week in April and reigned on Hot Country Songs for 26 weeks through last week. Her latest pushes 9-6 on the latter chart, with 8.3 million streams (up 36%) and 4,000 sold in the tracking week.

King matches her best debut on Hot Country Songs, as Dierks Bentley’s “Different for Girls,” on which she’s featured, also opened at No. 21 in June 2016 before peaking at No. 3 that September. It ruled Country Airplay that October.

King broke through with her blues-pop hit “Ex’s & Oh’s,” which reached No. 10 on the Billboard Hot 100 in 2015. The song became her first of five top 10s on Adult Alternative Airplay, where she earned her latest, “The Let Go,” which hit No. 4 in November.

“Drunk” concurrently starts at No. 1 on Rock Digital Song Sales, where it’s King’s second leader (after “Ex’s & Oh’s”) and Lambert’s first. It opens at No. 8 on the multi-metric Hot Rock & Alternative Songs chart, where King earns her fourth top 10 and Lambert lands her first.

“Drunk” is additionally the first Rock Digital Song Sales No. 1 by two women. On Country Digital Song Sales, it’s the second, with Lambert part of both: “Somethin’ Bad,” with Carrie Underwood, led for a week in June 2014.