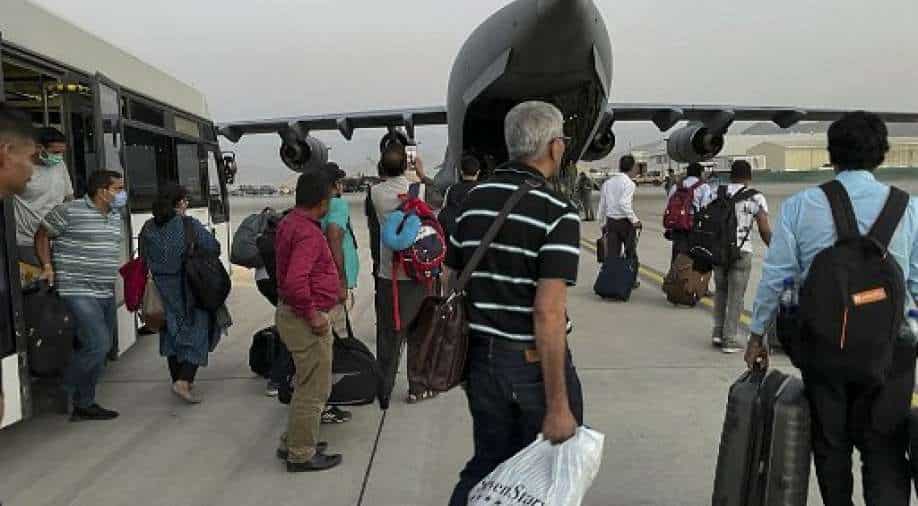 Afghan Sikhs who reached India thanked the government for their safe evacuation from Afghanistan. The Indian government is working day and night to evacuate its citizen from Afghanistan after the Taliban took control of the country and also chalk out a plan to proceed after deadly bomb blasts outside Kabul airport disrupted the evacuation process.

To ease the process, India opened the window of E-visas for the tenure of six months for Afghan nationals.

So far, India has airlifted 565 people from Afghanistan including citizens and embassy personnel. According to an official in the Ministry Of External Affairs (MEA), dozens of Afghans including Afghan Sikhs and Hindus have also been evacuated.

Recently, Afghan Sikhs who reached Ludhiana in Punjab thanked the Indian government for their safe evacuation from war-torn Afghanistan. They also opened up about ordeals they faced in Afghanistan.

One of them, Gurdit Singh used to run a grocery shop in Kabul and is family has been living in Afghanistan for sixty years. They are among the Sikh families that have been brought to India from Afghanistan.

“People were in distress even 21 years ago during the Taliban regime in Afghanistan. But this time, people want to leave the country. There is so much rush to the airport that half an hour drive is taking 18 hours,” he said.

“We decided to leave everything and come to India. There is no better country in the world than India where people of all religions live in peace and harmony. We are grateful to the Government of India,” he added.

He said that over 100 Sikhs and Hindus are still stranded in a gurdwara in Kabul. “We request the Government to bring them to India as soon as possible so that their lives can be saved,” he urged.

India is also holding discussions on the position of Afghans who are already here for health checkups and studies, etc before the Taliban seized power in Kabul.